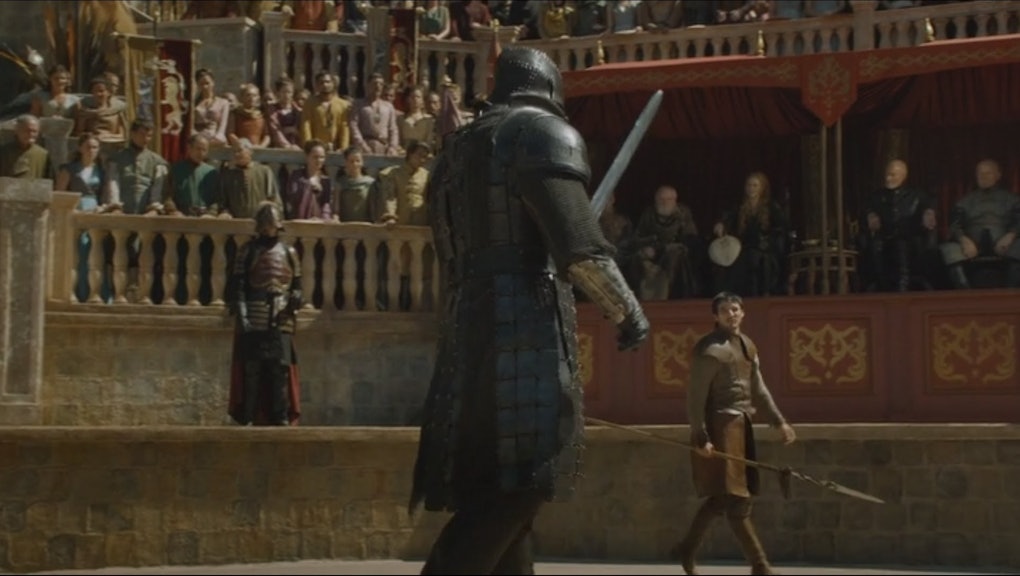 A New York attorney has, in true Westerosi fashion, demanded that the court allow him to settle a civil suit via trial by combat.

Richard A. Luthmann has demanded that the Supreme Court of New York in St. George allow him to respond to claims he assisted a client with committing fraud through an old-fashioned duel.

"One of the inconveniences of this procedure is, that the party who institutes it must be willing, if required, to stake his life in support of his accusation," he added, arguing that the practice of dueling was technically never banned by the original Thirteen Colonies nor specifically addressed by the Constitution.

Luthmann told Staten Island Live allegations against him were ludicrous and he was responding similarly.

"They want to be absurd about what they're trying to do, then I'll give them back ridiculousness in kind," he told the site. "If these people want to insist on having it out, then we'll have it out."

One of the last known times a criminal defendant successfully invoked their right to trial by combat was in 1818, when British courts allowed murder defendant Abraham Thornton to demand an appeal by duel. After the other party failed to show up, Thornton was released, and the practice was banned in England soon thereafter.

No Americans have ever successfully invoked their right to a trial by combat, though several founding fathers and leading U.S. politicians including Alexander Hamilton slew rivals — or each other — in duels.

Hopefully, Luthmann has someone in mind a little more impressive than Oberyn Martell to act in his defense, because we all know what happened the last time the authorities in Kings' Landing nominated a champion for the prosecution.