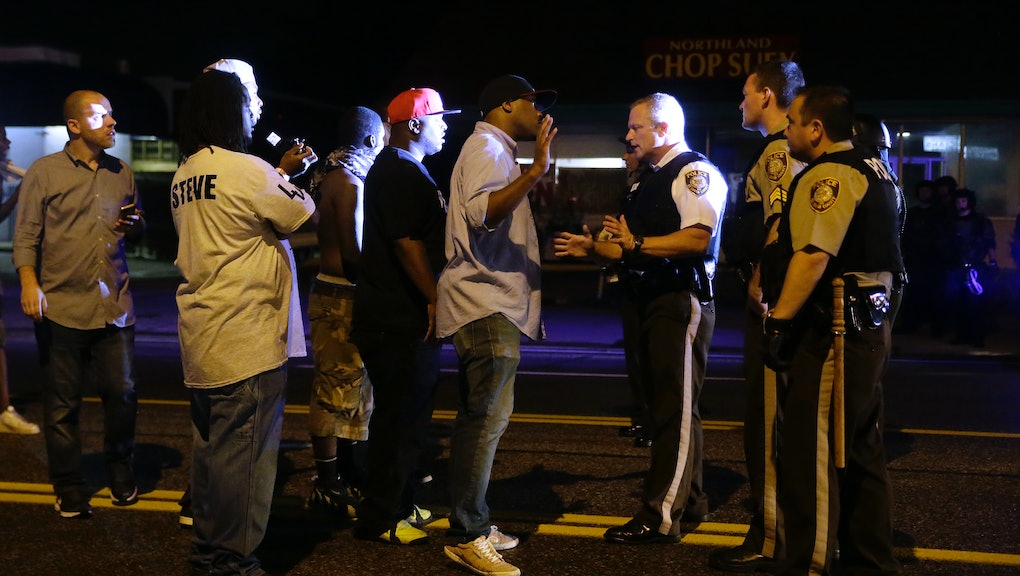 Shots Fired in Ferguson on Anniversary of Michael Brown Killing

According to Belmar, Ferguson police had been tracking Harris all day, suspecting he was armed. The man reportedly approached multiple officers in a police van before opening fire. An officer from inside the van promptly returned fire before later chasing Harris on foot, the Associated Press reported.

In a press advisory released earlier and on Twitter, where it posted images of unmarked cruisers pockmarked by gunshots, St. Louis County police said there had been an "officer-involved shooting after officers came under heavy gunfire."

Law enforcement sources told CNN no officers had been injured.

KSDK, a local news affiliate, reported that one person was taken to the hospital after the first confirmed incident.

A reporter for CNN tweeted this video, which appears to show a burst of gunfire in the background as she spoke with Ferguson interim police chief Andre Anderson:

This clip is believed to show a man in handcuffs, possibly wounded or injured.

This is a developing story and will be updated as more information becomes available.

Police have launched "smoke and/or gas grenades" during a confrontation with crowds, according to the Guardian's Jon Swaine.