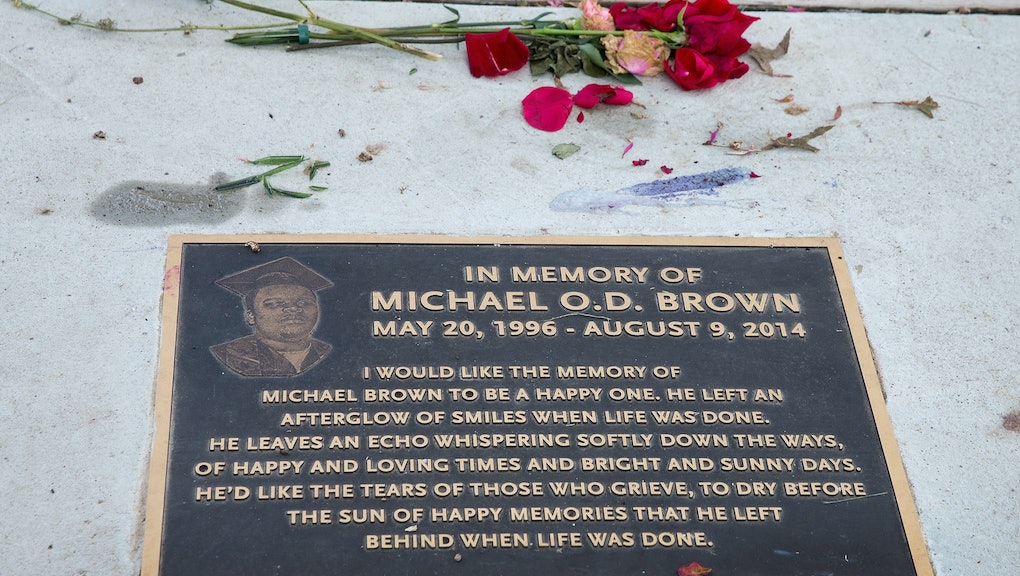 A Year After Michael Brown, People Are Sharing Tough Truths With #FergusonTaughtMe

As thousands around the nation gathered Sunday to mark the one-year anniversary of the killing of Michael Brown by Ferguson, Missouri, police, the hashtag #FergusonTaughtMe spread over social media like wildfire.

In a year that saw a seemingly unending string of police violence against black men and women, activists and ordinary Americans took to Twitter in a sober assessment of the lessons learned.

While protests and vigils in Ferguson were largely peaceful on Sunday, the anniversary was marred by gunfire when officers critically injured 18-year-old Tyrone Harris. According to St. Louis County Police Chief Jon Belmar, Harris had approached a police van with a gun and opened fire on officers. The teenager was shot multiple times when cops returned fire as he attempted to flee. According to his father, Harris had previously been close with Brown.

He unloaded a "remarkable amount of gunfire" with a stolen handgun, Belmar told CNN, adding ordinary demonstrators were not the problem and were performing a valuable public service. "Protesters are people who are out there to effect change."

Since Brown's death, the toll of police violence has been documented in grim detail by the website Killedbypolice.net. Walter Scott, Tamir Rice and Freddie Gray were just three of the approximately 714 men and women killed by police in 2015.