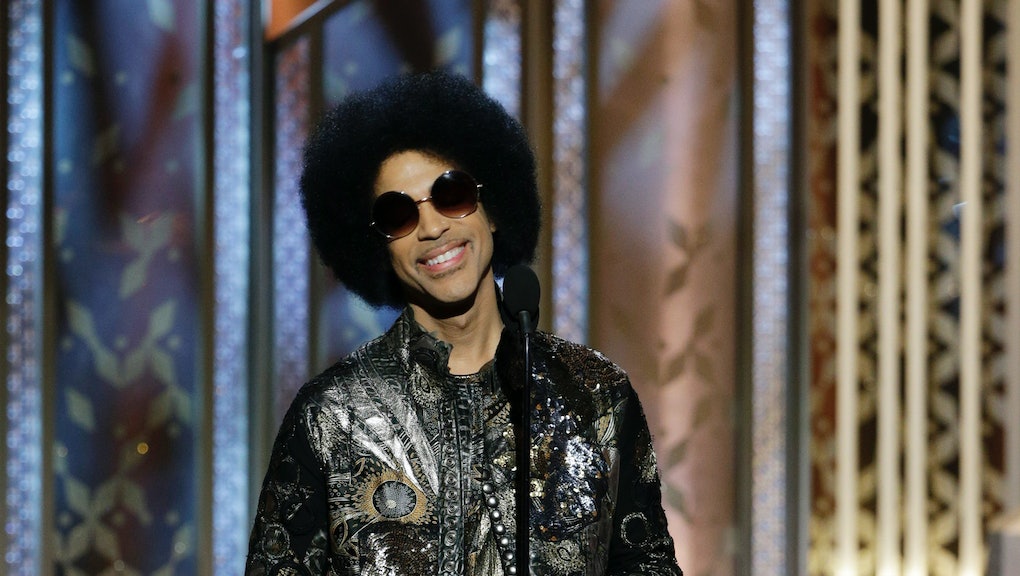 On Saturday, the Purple One spoke.

According to BuzzFeed's Kelley L. Carter, Prince gave a rare interview to a select group of journalists from the National Association of Black Journalists at his Paisley Park compound on Saturday. In typical Prince fashion, he didn't allow any cameras, cellphones or note-taking while he spoke. But the snippets that surfaced from the meeting shed light on a lot of what Prince has been up to lately.

"Record contracts are just like ... I'm gonna say the word, slavery," he told reporters, according to BuzzFeed. "I would tell any young artist ... don't sign." It's hardly the first time he's stated such a belief.

However, Prince sees Jay Z's Tidal as a hopeful alternative to signing with a major label. He revealed that he's working on a new record to be officially released as part of Tidal's exclusive all-star lineup. And he's got some solid reasoning behind his decision.

Why Tidal? Prince believes artists should control as much of the revenue from their music as possible. He's had infamous disputes with his labels in the past over creative control and money. In 1995, he elevated his critique when he performed with the word "slave" written on his face.

Prince sees Tidal as a step towards freedom, one through which artists can control their own means of distribution without having to split rewards with middlemen and record companies.

"Once we have our own resources, we can provide what we need for ourselves," Prince said of artists during the interview, according to NPR. "Jay Z spent $100 million of his own money to build his own service. We have to show support for artists who are trying to own things for themselves."

It's a fair critique. One of the major reasons streaming services offer notoriously low payouts is because of how the labels distribute the royalty money they receive. Artists generally only see about 15% of the money their label makes off their music on streaming services, according to David Byrne in a recent New York Times piece. The label keeps the rest to cover various "distribution" costs, even though streaming music doesn't require the manufacturing, packaging and shipping costs that traditional albums do. Other major label deals prevent artists from making any money off their streaming licensing deals, such as Lady Gaga, whose contract with Interscope leaked last year.

Prince believes that Tidal's system may help artists circumvent these kinds of exploitative label contracts and help artists get music right to the fans. He told reporters on Saturday that Tidal's deal for musicians is far better than other services. According to a leaked Tidal contract, it is paying almost double what Spotify does. Prince currently has one song up on Spotify right now, "Stare," released in July. He says it's a test to compare what the service can provide.

In the interview, Prince also bashed commercial radio, specifically Clear Channel, for how it is buying up and homogenizing all the radio stations in the country. In addition, he apparently discussed #BlackLivesMatter, religion and the Beatles, whose catalog has been valued at $400 million.