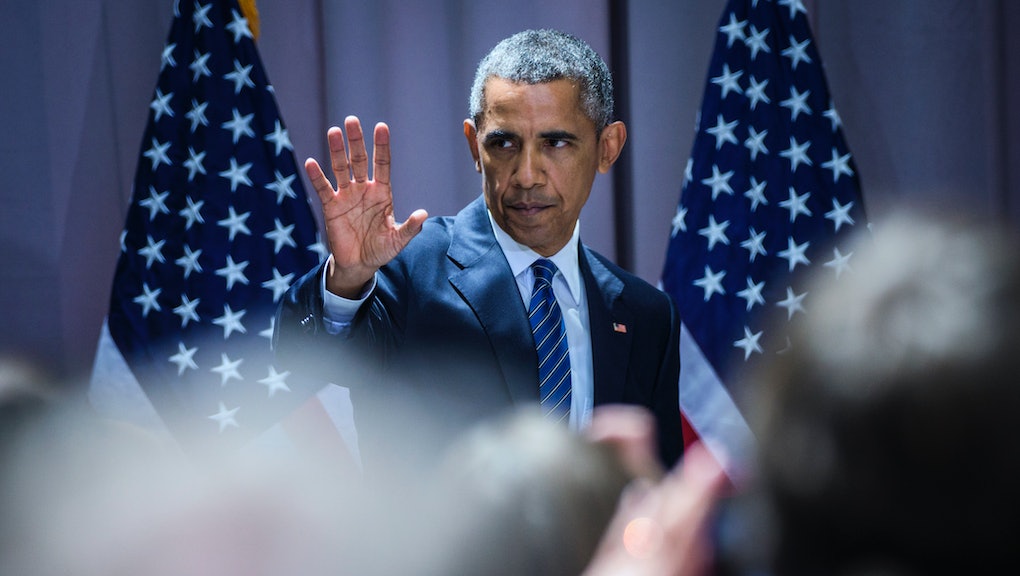 In an interview with Mic last Thursday, President Barack Obama strongly defended the nuclear deal with Iran and challenged critics to come up with an alternative.

The most striking quality of Obama's defense of the agreement was the absolute certainty he had that approving the nuclear deal is the only way, short of going to war, to prevent Iran from getting a nuclear weapon. He was more confident in the merits of the agreement than he has been about perhaps any other major accomplishment of his presidency, and he hasn't been shy about defending it. One moment showed just how convinced the president is that he has the strongest argument — and how dismissive he is of his critics.

When we asked whether he thought there were any legitimate criticisms of the deal, Obama started to say "absolutely" before catching himself and qualifying that there were legitimate "concerns."

It was the only time he really slipped off script during our interview, and it was revealing. Obama has yet to encounter a critique of the Iran deal that he considers truly legitimate.

He admitted that the deal isn't perfect, but argued that, on the whole, the concerns of critics do not outweigh the benefit of preventing Iran from developing nuclear weapons.

"What I haven't heard yet is an argument for rejecting this deal that results in a better chance for us to prevent Iran from getting a nuclear weapon," he said. "And since that's our number one priority, we have to make choices — and this is by far the best choice."

Obama's answer begins at the 1:35 mark below. Check out our interview here, and the full transcript here.