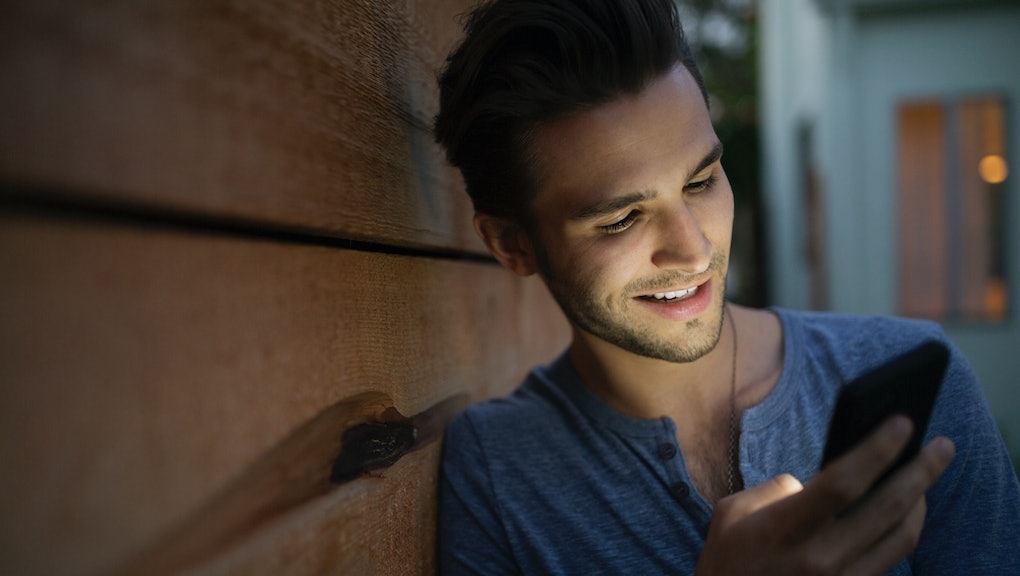 Sexting Can Actually Be Awesome for Your Relationship

It's official: Everybody hurts. Everybody poops. And everybody sexts.

According to a new study presented at the American Psychological Association's 123rd Annual Convention, a whopping 88% of people have engaged in "the sending or receiving of sexually suggestive or explicit content via text message, primarily using a mobile device."

That's a whole lot of dick pics and nipple shots floating around in the digital ether.

The survey: The research comes out of Drexel University and includes data from 870 survey respondents between the ages of 18 and 82. Eighty eight percent of the people surveyed admitted to sending a sext at some point in their lives, while 82% said they've sexted in the past year. Of those who had sexted, 75% said they swapped sexts with a committed partner, while 43% were casual sexters.

We already knew that sexting is a prevalent practice, with everyone from teens to politicians to Hollywood's A-listers getting frisky via their phones. But the more surprising element of this study is the fact that researchers concluded that "greater levels of sexting were associated with greater sexual satisfaction, especially for those in a relationship."

Why this matters: Researchers have traditionally linked sexting to a wide range of issues in our society, from the rise of teen depression to recreational drug use. But Drexel study co-author Emily Stasko said that sexting is not only common, but also can help strengthen relationships.

"Sexting appears to be generally good for sexual satisfaction," Stasko told Mic in an email. "There is a tendency to focus on the risks and dangers, but our findings indicate that sexting can have a positive role in a happy and healthy relationship."

This revelation stands in stark contrast to the irksome trend of victim-blaming that often accompanies celebrity sext leaks. When private nude photos of Jennifer Lawrence and Kate Upton were leaked last year, for instance, commenters instantly rushed to blame the women for taking racy photos in the first place — even though they were intended for the eyes of their significant others only.

So the next time a sexting scandal threatens to break the Internet, instead of rushing to blame the victims, we should all remember to keep the following words in mind: Let he without an outbox full of sexts cast the first stone.