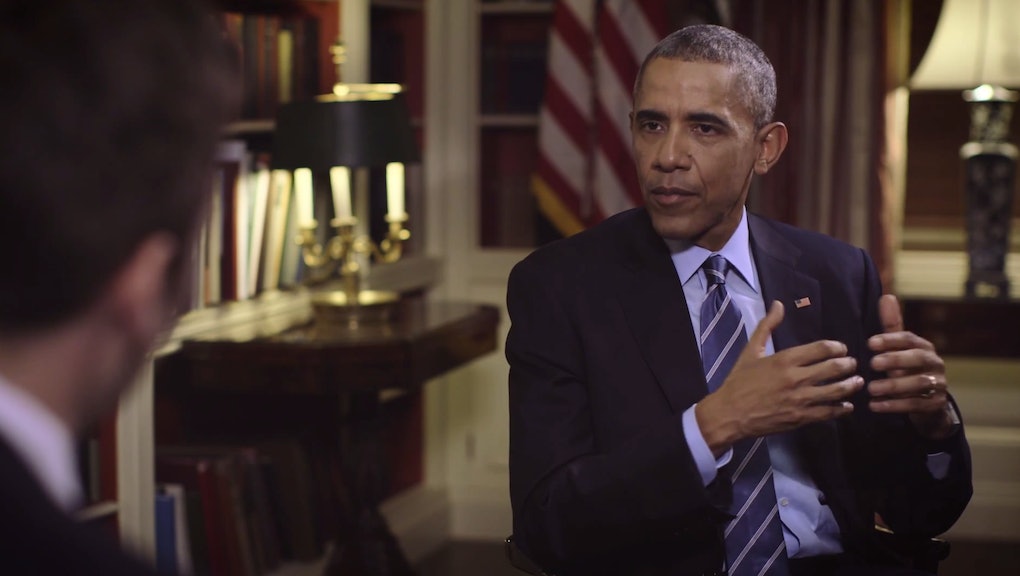 President Barack Obama says the most strident opposition to the Iran nuclear deal is the product of political divisions that preceded negotiations with Tehran.

"A sizable proportion of Republicans were opposed before the ink was even dry on the deal, before it was even posted," Obama told Mic in an interview. "That gives you some sense of the degree to which this is driven by partisan politics or ideology as opposed to analysis."

The president was more sympathetic to members of his own party who had voiced objections or said they planned to vote again the deal, because "most of the Democratic senators have taken the time to actually read the bill and listen to the arguments."

On Thursday night, after Mic's interview was conducted, New York Sen. Chuck Schumer, the third most powerful Democrat in the Senate, announced his opposition in a statement posted online during the Republican presidential debate.

Schumer, the most influential Jewish leader in Congress, had come under considerable pressure from pro-Israel groups, like the American Israel Public Affairs Committee, which plans to spend tens of millions of dollars lobbying against the deal before the current 60-day review period ends on Sept. 17.

"There are going to be some Democrats who end up opposing this deal, partly because as I said [in a speech last week], the affinity that we all feel towards the state of Israel is profound, it's deep," Obama said.

In his remarks at American University, the president zeroed in on the "Republican caucus," saying it had made "common cause" with hardline critics of the deal in Iran.

Speaking to Mic, Obama denied having suggested the two were "equivalent," but said both elements are now shaped by "people who are assuming confrontation is inevitable and are unwilling to seize the possibility that we could shape an agreement that doesn't solve all conflicts, but that does solve a very serious problem without resorting to war."

"The alternative to a negotiated agreement of the sort that we put together is, at some point, us having to potentially take a military strike against Iran," Obama said, again framing a vote cast against the deal as an endorsement of broader conflict in the region.

"That triggers potentially yet another war in the Middle East at a time where we already are trying to fight ISIL," he said, referring to the Islamic State group. "We're already trying to deal with destabilized countries like Yemen and Libya. And we could get drawn further into a maelstrom that is very hard to get out of."

"Walk away from this deal," Obama said at American University last week, "and you will get a better deal — for Iran."

Check out the interview here, and the full transcript here.