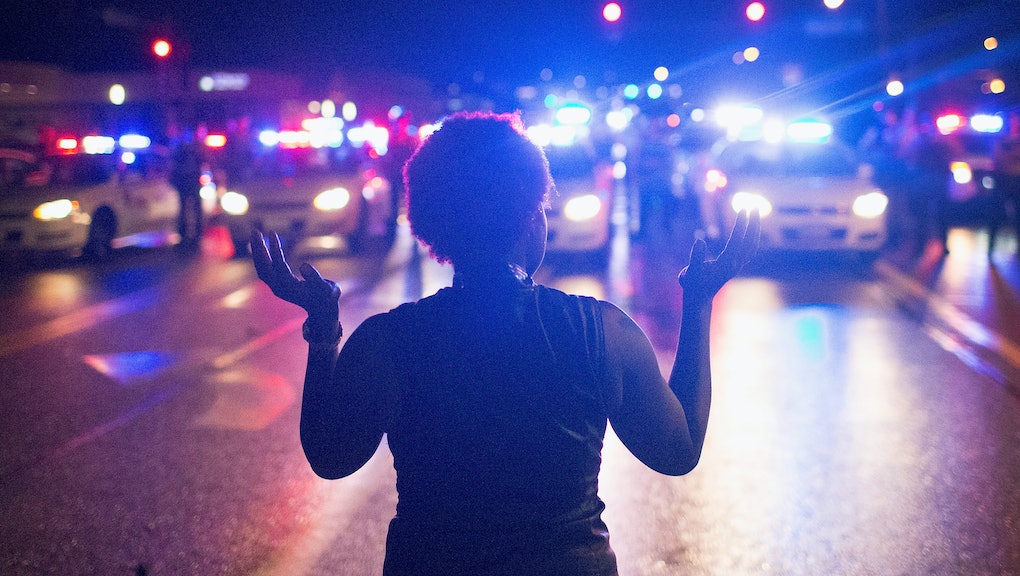 Over a three-day stretch beginning this past weekend, law enforcement in the U.S. killed at least 12 people — more than the police forces of many other nations did over the course of years.

According to "The Counted," a "definitive" police killing database compiled by the Guardian, U.S. police killed 12 people between Friday and Sunday. Eleven of the deaths were from gunshots, while an additional death in Connecticut occurred after police shot a man with a stun gun and emergency personnel administered the man a sedative.

(KilledByPolice.net, an activist website that compiles media reports of police killings, claims the number over the same period was 13.)

As the chart below demonstrates, that three-day stretch alone would account for more deaths than many other countries' police manage to rack up in an entire year.

In 2014, German police shot and killed seven people. In England and Wales, police killed just one person with gunfire. Meanwhile, police in the entirety of Norway fired just two shots in all of 2014 and failed to injure or kill anyone with them, according to the Local. Japanese police didn't kill anyone, though one officer fired at a man accused of attempting to steal his police bike. In Singapore, there hasn't been a shooting since 2008.

Over the two-year period covering 2010 and 2011, Australian law enforcement only shot and killed six people, despite having a problem with illegal firearms. From 2008 to 2011, police there killed just 14 people with their firearms.

Even when police in these other countries use firearms, they tend to use them much more cautiously. In Germany in 2011, Der Spiegel reports, 49 of 85 bullets fired by police were warning shots, and only 15 people were injured, with six killed.

According to Mother Jones, U.S. police kill more people with firearms per capita than all homicides in 19 diverse countries, including Greece, the Czech Republic, Slovakia, South Korea and New Zealand.

The U.S. isn't Brazil, where police likely killed more than 11,000 people over a five-year period, many times in retaliatory executions. But when it comes to comparable wealthy, developed nations, the U.S. stands in an unfortunate class all its own.