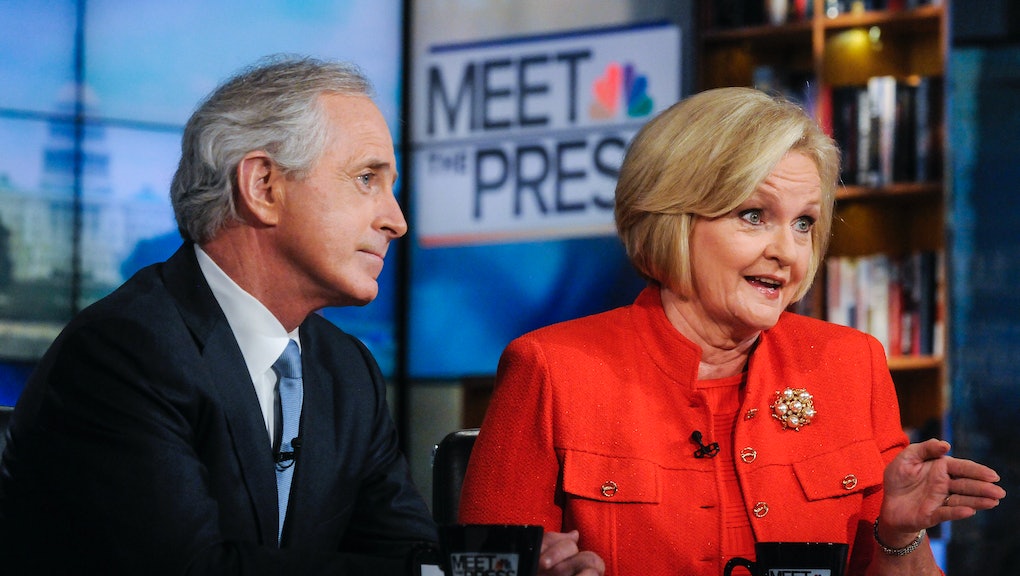 When Sen. Claire McCaskill found out former Rep. Todd Akin had won the GOP primaries in Missouri, she breathed a sigh of relief — and chugged a can of Bud Light beer in pure, college frat-house fashion.

McCaskill reveals in her new book, Plenty Ladylike, she promised her family she would "shotgun" an entire beer if Akin garnered enough of the majority to be selected for the Republican ticket against her in the 2012 Missouri Senate election.

The Huffington Post reports that, after spending $1.7 million from her own campaign to fund advertisements denouncing Akin as an ultra-conservative and "inherently flawed," McCaskill was rejoicing in the fact that her campaign resources hadn't gone to waste: The senator had set her sights on the correct opponent, and now it was time to set her sites on a full can of booze.

In a passage from Plenty Ladylike the Huffington Post excerpted, she describes in great detail exactly how to shotgun a beer, in case any readers haven't attended college:

After hugging my husband and calling my son in St. Louis, it was time for me to keep my promise. My daughters had to show me how to shotgun a beer. You punch a hole in the side of a beer can while holding it horizontally. Then you invert the can upside down over your mouth and pull the aluminum tab. Beer gushes into your mouth and you have to swallow quickly to avoid a big mess. I did it. And we laughed until we cried.

Until recently, there had been some speculation as to whether McCaskill really downed an entire can of beer when she heard the news on that fateful night. But the senator took to the Twitter account for Plenty Ladylike to clear the air:

Plenty LadyLike is a memoir the 62-year-old senator wrote focusing on the her battles with sexism, losing her husband and embracing ambition. It's set to hit stores Tuesday.