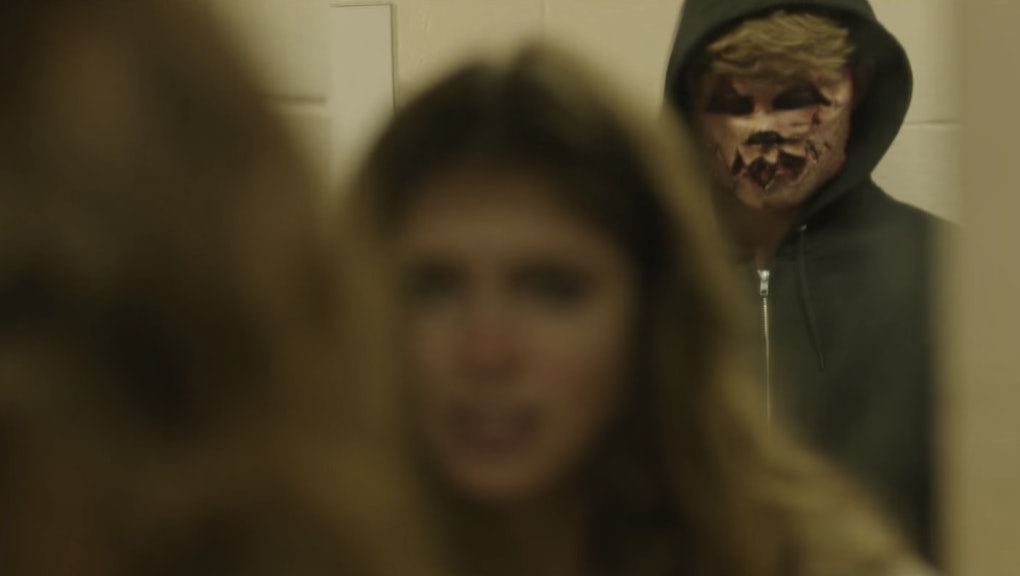 Nearly 24,000 People Have Petitioned to Stop a Movie That "Glorifies" the UCSB Shooting

In May 2014, 22-year-old Elliot Rodger killed six people and wounded 14 others in the town of Isla Vista, California, before committing suicide in a misogyny-fueled rampage. Shortly after the shooting, a film production company called Berger Bros Entertainment began making Del Playa, a horror/thriller film that appears to have been based on the incident.

Now, a petition on Change.org has gathered more than 23,000 signatures arguing the film's creators intended to cash in on Rodger's notoriety and demanding it never be released.

"The horror film Del Playa, produced by Berger Bros Entertainment and directed by Shaun Hart, follows the actions of a disturbed individual who does not deserve to be memorialized in film," the petition reads. "It is clear that the creators of this film conceived their idea immediately after the Isla Vista shootings, seeking to profit off the horror felt by the students and community."

A trailer for the movie posted to Berger Bros Entertainment's YouTube page shows the killer in Del Playa to be motivated by a toxic mix of bullying, masculinity and misogyny, and more specifically his problems with dating.

In the trailer, the creators seem to shift the blame for the killer's actions to his victims, saying, "Monsters aren't born. They are created."

The film's producers insist there is no connection between the film and the shooting, but the petition's author argue the connection is clear.

"The film Del Playa intentionally seeks to commoditize the death of six beloved students, and makes light of the tragedy faced by the entire Isla Vista/UCSB community," the petition reads. "Del Playa not only justifies the motives behind the Isla Vista gunman, but also glorifies his actions. Releasing such a film merely 18 months after this tragedy recreates the helplessness and horror felt by the Isla Vista community.

Josh Berger, one of the film's producers, argues otherwise.

"While I do admit there is the connection of Santa Barbara, this film is not about Elliot Rodger," Berger told CBS, adding he did not intend to "monopolize on the tragic shootings in Isla Vista. ... The fictional character in the film is not meant to portray anyone in particular."

Rodger's original rampage, however, appeared to be motivated by a similar set of misogynistic views about women. The Guardian reported Rodger perused body-building sites, posting things like, "Women are not drawn to indicators of evolutionary fitness. If they were, they'd be all over me." He referred to himself as an "involuntary celibate."

"College is the time when everyone experiences those things such as sex and fun and pleasure, but in those years I've had to rot in loneliness, it's not fair," Rodger said in one of several videos he posted to YouTube, some shortly before the shooting took place. "I don't know why you girls aren't attracted to me but I will punish you all for it."

But the real problem, UCSB literature major Korrin Alpers told Salon a year after the shooting, is the way everyone reacts to these kinds of events and spreads the blame around.

"The tragedy is that we lack ownership — we blame people from out of town, the people who throw wild parties, Greek life, mental illnesses, white privilege, misogyny," Alpers said. "And yes, these are all contributing factors to the brokenness in our community, but a large part is our own. Of course, we did not push this young man to open fire in our town. But we did foster something chaotic and irresponsible that for some reason encouraged a sense of entitlement to sex."

Films related to real-life tragedies typically face a higher bar from the movie-going public. Movies about the Sept. 11, terrorist attacks, for example, have fared poorly at the box office, with some critics complaining these films used the tragedies of that day as a cheap excuse to inject action and drama into otherwise bland concepts.

Berger Bros. Entertainment did not respond to a request for comment from Mic.