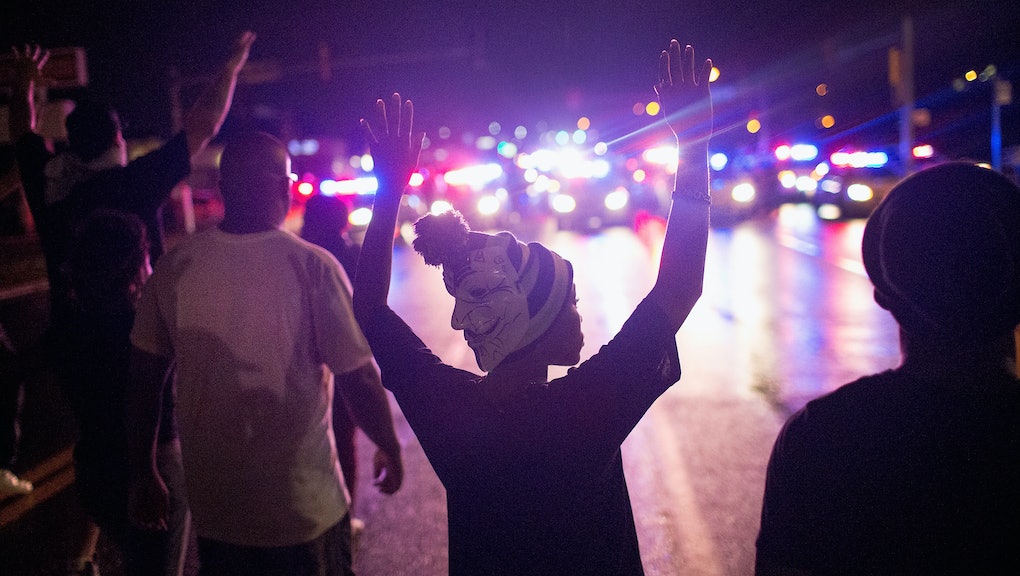 St. Louis County officials declared a state of emergency following a night of protests and marches on the one-year anniversary of Michael Brown's death in Ferguson, Missouri.

"In light of last night's violence and unrest in the city of Ferguson, and the potential for harm to persons and property, I am exercising my authority as county executive to issue a state of emergency, effective immediately," reads a statement from St. Louis County Executive Steve Stenger.

"In light of last night's violence and unrest in the city of Ferguson, and the potential for harm to persons and property, I am exercising my authority as county executive to issue a state of emergency, effective immediately. The recent acts of violence will not be tolerated in a community that has worked so tirelessly over the last year to rebuild and become stronger. The time and investment in Ferguson and Dellwood will not be destroyed by a few that wish to violate the rights of others. I commend the St. Louis County Police Department, the Missouri Highway Patrol and other local agencies for their professional response as they work daily in the service of law, order, and peace. Pursuant to my executive order, St. Louis County Police Chief Jon Belmar shall immediately take over the operation of police emergency management in the city of Ferguson and surrounding areas. Chief Belmar shall exercise all powers and duties necessary to preserve order, prevent crimes, and protect the life and property of our citizens."

Late Sunday night, police shot 18-year old Tyrone Harris Jr. after he reportedly "approached multiple officers in a police van before opening fire," Mic previously reported. Harris appeared to be a part of the demonstrations before the incident. As of Monday afternoon, he remains in critical condition.

Organizers have been calling Monday "Moral Monday," a day of planned civil disobedience throughout St. Louis where demonstrators were to take part in blocking highways, shutting down businesses and halting traffic in public spaces.

Several arrests have already been made outside of the Thomas Eagleton Federal Courthouse in downtown St. Louis, where marchers disrupted a police barricade. Some notable activists within the black communities were among those arrested, including Cornel West, the American philosopher, author and academic.