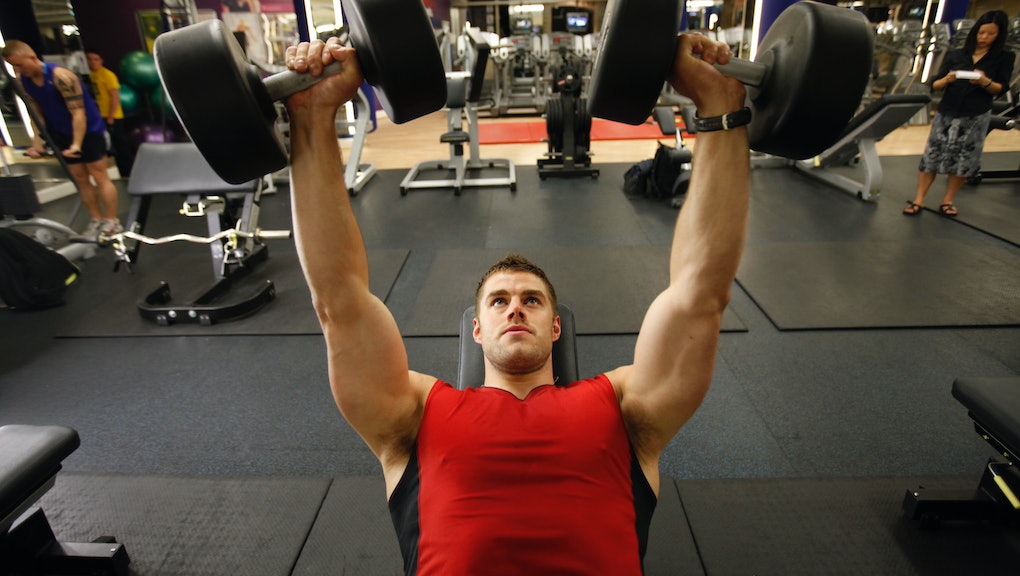 Imagine sauntering into work an hour late every day. Some 70 lucky civil servants in Turkey will soon get that opportunity — provided they hit the gym first.

Quoting Turkish paper Haber 7, Fortune reports Turkish government workers in the province of Edirne will be allowed to arrive an hour late to their jobs if they commit to a fitness regime during their paid time off.

Participants in a program named "Our cure is sport," which is intended to fight obesity, will be matched with a sport suited to their needs as well as a dietician. By participating in daily exercises, civil workers gain an hour off the clock at work.

Provincial Gov. Dursun Ali Sahin told the Daily Sabah civil servants' "shift starts at 8:30 a.m. but it is not a problem if they start at 9:30 a.m. as long as they do their morning exercises," though the site reported he "did not elaborate on how civil servants would be monitored to see whether they are actually working out or simply sleeping for an additional hour."

Much like the United States, Turkey has a growing public health problem with obesity. In 2013, Today's Zaman reported the obesity rate in the country had grown to 17.2%, with 34.8% of Turks over the age of 15 being overweight. An OECD report in 2014 estimated "measured" obesity as 22.3%. For comparison, the U.S. obesity rate is 32.8%, according to U.S. News.

In a discussion thread on Entrepreneur's Facebook page, commenters disagreed on the merits of a strategy incentivizing workers with time off, with many in favor but others telling employees to do it on their own time.

Earlier this year, the Obama administration recommended incentivizing workers to stay healthy with extensive insurance benefits for those ranking favorably in measurements like BMI and cardiovascular health. Bloomberg reported Honeywell International Inc. offered its staff incentives of up to $3,500 a year.

Other benefits employers might see from incentivizing exercise could include lower rates of clinical depression. In one 2008 U.K. study, researchers found office performance was positively impacted by employees' reported mood, which was in turn elevated by access to on-site exercise facilities.

While some employers may frown at the idea of employee exercise subsidies, that cost could be offset by the significant health savings of a healthier workforce. Many Americans could use the extra time; while U.S. employees work some of the longest hours in the industrialized world, the Boston Globe reported in 2013 that 20.7% of the population between 25 to 64 were meeting both aerobic and strength training goals. Meanwhile, plenty of people across the country lack access to quality exercise facilities.

So maybe Turkey is on to something here. Still, don't get too jealous: Turkey has one of the worst qualities of life in the world, according to the OECD Better Life Index. Just 34% of people aged 25 to 64 have completed upper secondary education (the world average is 75%) and just about 50% of people aged 15 to 64 have a paid job. Turkish people also have the worst work-life balance of all OECD-ranked nations, and rank very poorly in terms of self-reported life satisfaction.