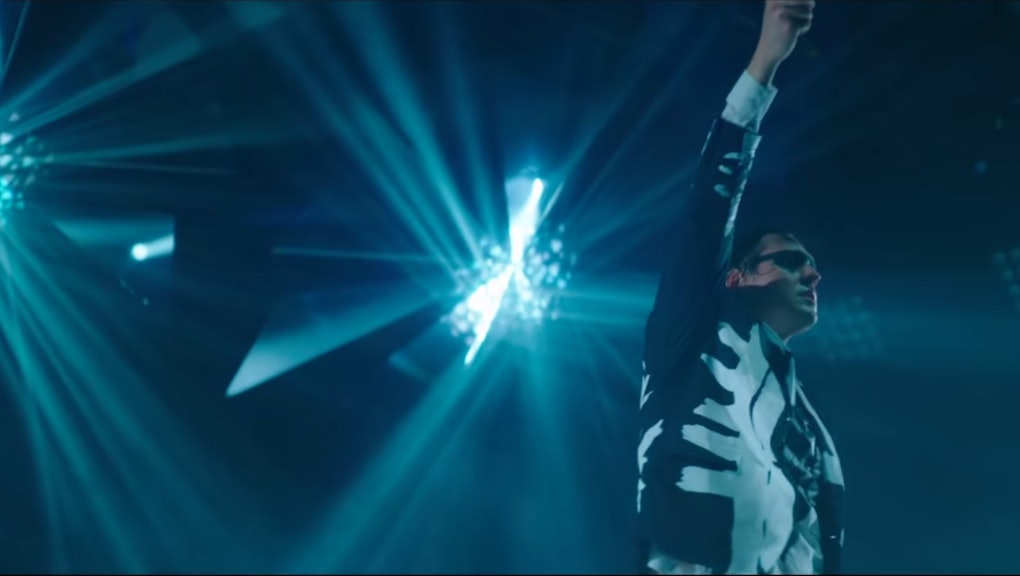 Arcade Fire Is Releasing a Feature-Length Film, and the Trailer Looks Beautiful

Arcade Fire's most recent work, 2013's Reflektor, was an extravagant affair. More than 75 minutes long, their double album on life, love, loneliness and how digital culture magnifies and complicates it all features a kaleidoscope of sounds, characters and influences. It blends disco, dub and reggae with their symphonic indie sound, and has spawned both interactive music videos and ecstatic bobblehead-filled performances.

To help their audience make sense of it, next month Arcade Fire is releasing The Reflektor Tapes, a full-length film documenting their Reflektor tour. On Tuesday, they released their first trailer. It captures the essence of the album and the band.

The film is directed by Kahlil Jospeh, who directed the Nick Cave-focused 20,000 Days on Earth, Kendrick Lamar's m.A.A.d. city short, now showing in Los Angeles' Museum of Contemporary Art, and Flying Lotus' "Until the Quiet Comes" short film. It covers the band's creative process from when they conceived the album, which began in Jamaica, and then debuted it with an impromptu gig at a Haitian hotel on the first night of Carnival.

"There were parts of the Reflektor tour where I think we, Arcade Fire, came the closest in our careers to putting on stage what we imagined in our heads," the band said, according to the Guardian. "We were insanely lucky to have Kahlil Joseph documenting from the very beginning."

Look for the film in theaters Sept. 24.