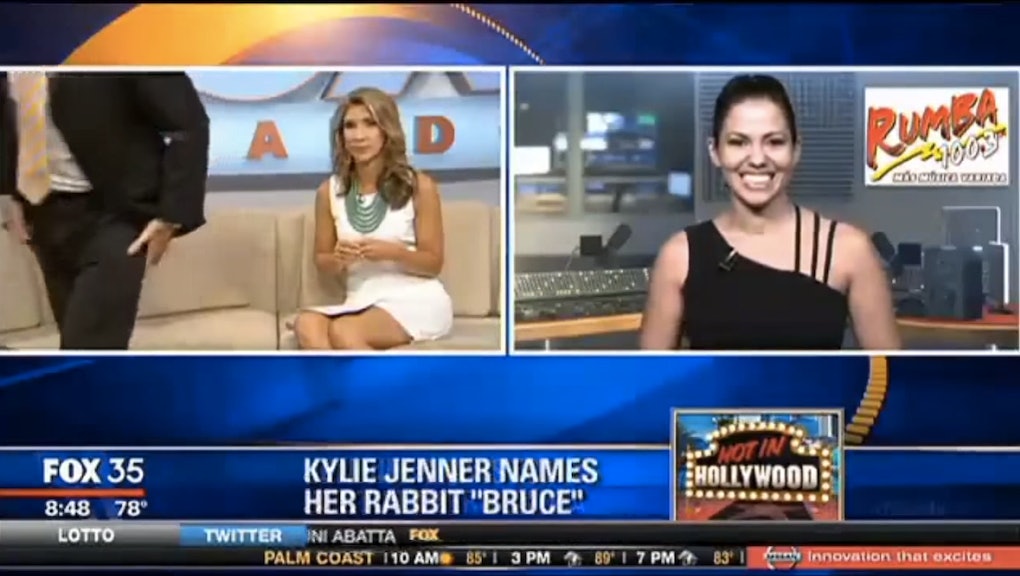 A Florida news anchor stormed off the set Friday after refusing to cover a story about Kim Kardashian's pet bunny, which Kylie Jenner recently named Bruce, after her father's former identity.

Good Day Orlando anchor John Brown launched into a rant on-air about how "no one cares" about the Kardashians while walking off camera, earning him huge praise from Internet commenters equally sick of Kardashian news.

After a replacement anchor took the couch, Brown resumed denouncing Kardashian coverage off-camera when guest Jenny Castillo asked him, "How would you like it if your daughter named her pet John? How would you like that? That's exactly what Kylie Jenner did, she got a little gray beautiful fluffy rabbit and named it Bruce."

"The sad part about it is that I agree with you!" Castillo said. "Breathe. Breathe, my love."

According to the Orlando Sentinel, co-anchor Amy Kaufeldt actually had some warning before the seemingly off-hand outburst, but she wasn't quite clear what would happen. Afterward, Brown shared the video and wrote on Facebook "Sorry, I lost my mind a bit, although it was partially in jest! I did feel better, though, after I was done."

Online, the reaction was almost nothing but praise for Brown:

For the record, here's Jenner's bunny, which is cute but probably not newsworthy, unless it reveals a dark truth about America or revolutionizes the way we think about rabbits.