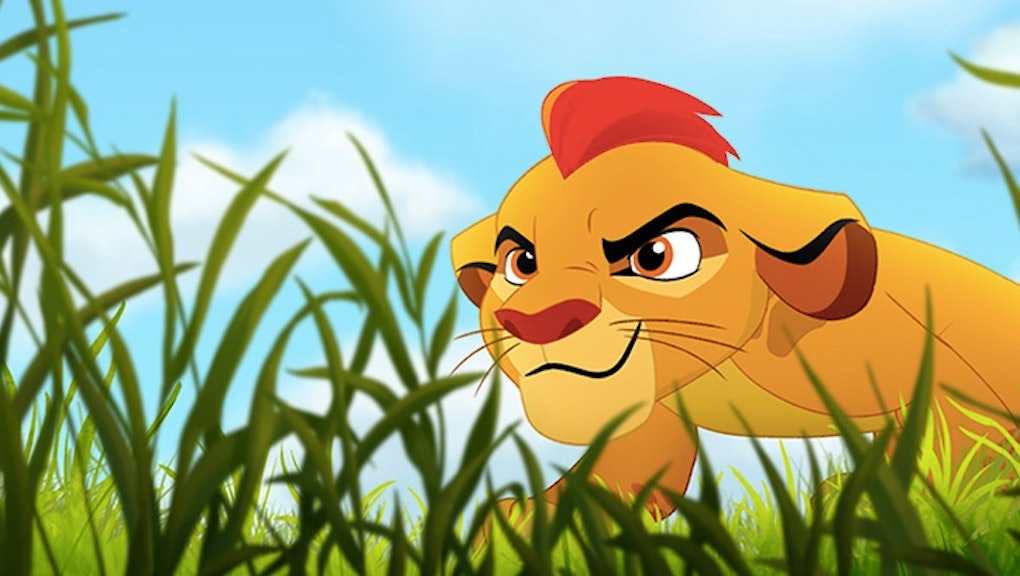 Disney Channel Is Bringing Back 'The Lion King,' But Not in the Way You Think

Simba, Nala and the cast of characters inhabiting Pride Rock are headed to Disney Channel for a very surprising kind of revival.

Disney announced Wednesday in a press release that they'll release a new TV movie called The Lion Guard: Return of the Roar in 2016. Yet Simba won't be the star of this one, though he will appear (with Rob Lowe stepping in to voice him in favor of the original Simba, Matthew Broderick), along with his wife Nala (Gabrielle Union in for Moira Kelly). Instead, the film will focus on his son Kion (child actor Max Charles).

Judging by the release's plot description, The Lion Guard sounds a bit like #SquadGoals in adorable animated movie form:

Set in the African Savanna, 'The Lion Guard: Return of the Roar' follows Kion as he assembles the members of the Lion Guard. While traditionally the Lion Guard has been comprised of lions known to be the fiercest, bravest, fastest, strongest and keenest of sight in the Pride Lands, Kion breaks tradition by instead calling upon some of his friends who he believes best exemplify these heroic qualities.

The guard will consist of a variety of animals, including an egret, a cheetah, a hippo and what Disney describes in the release as a "fearless honey badger."

Kion is Simba's second child after Kiara, the star of The Lion King II: Simba's Pride. Kiara will also appear in The Lion Guard, but voiced by Eden Riegel instead of original actor Neve Campbell. Not every actor was replaced, however: Both James Earl Jones and Ernie Sabella are returning as the voices of Mufasa and Pumbaa. For those who know the original Lion King well, news of Mufasa's appearance on the show is, well, surprising. But of course, the original king of Pride Rock is always around.

According to Variety's reporting, Disney's goal is to launch a full Lion Guard series after the movie. It's a smart move for a company that has such popular brands in its repertoire. Like Girl Meets World (but obviously on a much larger scale), the goal here would seem to be to engage both older, nostalgic Lion King fans who grew up with the movie and their children to become new franchise enthusiasts.

The movie will debut in early 2016, but fans attending this weekend's D23 expo in Anaheim, California, will get their first look Sunday.