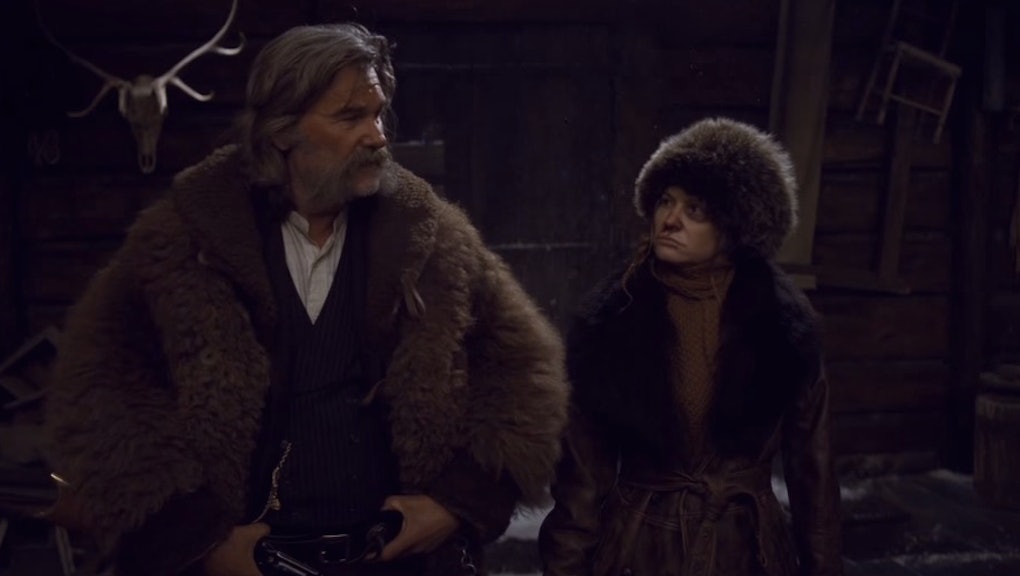 Judging by its first trailer, Quentin Tarantino's new movie The Hateful Eight almost reads as a checklist of the director's signatures.

Is there Samuel L. Jackson, the director's beloved actor who also featured in Pulp Fiction, Jackie Brown and Django Unchained, among other films?

Check. Do we meet characters with ridiculous names?

Check. Is there a feud?

The Hateful Eight looks so truly Tarantino, in fact, that it's hard to imagine the movie almost didn't get made. Back in 2014, the Hateful Eight script leaked online, angering the Inglourious Basterds director and prompting him to drop the project. However, months later, he shrugged, got over it and changed his mind.

Tarantino's assembled a particularly impressive cast for this one. In addition to Jackson, the film boasts Kurt Russell, Tim Roth, Bruce Dern and Channing Tatum. But it's the film's female lead, Jennifer Jason Leigh, who gets the trailer's funniest moment.

The Hateful Eight hits theaters in a 70mm format on Christmas Day and digital theaters on Jan. 8, 2016. Watch the full trailer below.