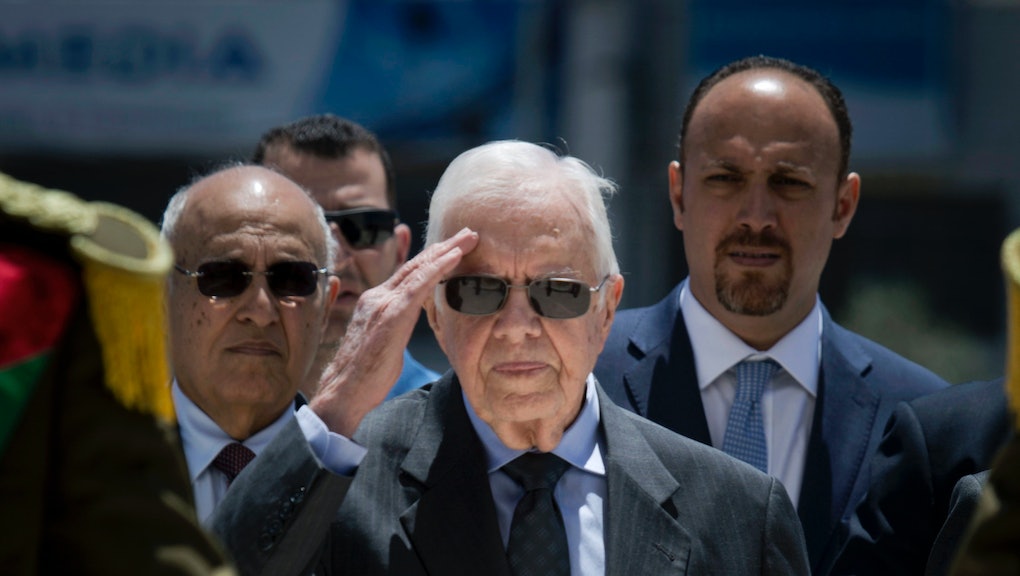 Former President Jimmy Carter announced Wednesday he has cancer and will be receiving treatment at Emory Healthcare in Georgia following a recent liver surgery that revealed the 90-year-old politician's cancer spread throughout his body.

In a statement released by The Carter Center, a nonprofit public policy center founded by the former president, Carter revealed he found out the news after his Aug. 3 operation to remove a small mass from his liver.

"Recent liver surgery revealed that I have cancer that now is in other parts of my body. I will be rearranging my schedule as necessary so I can undergo treatment by physicians at Emory Healthcare. A more complete public statement will be made when facts are known, possibly next week."

It is yet unclear exactly with what type of cancer the 39th president of the United States has been diagnosed.

A spokeswoman from The Carter Center said Carter's prognosis for a full recovery was thought to be "excellent," NBC reports.

Carter served as president from 1977 to 1981 and has since continued public speaking on policy and current events. He founded The Carter Center in 1982 to further promote health care, democracy and other issues globally, according to the Associated Press. Carter was awarded the Nobel Peace Prize in 2002.