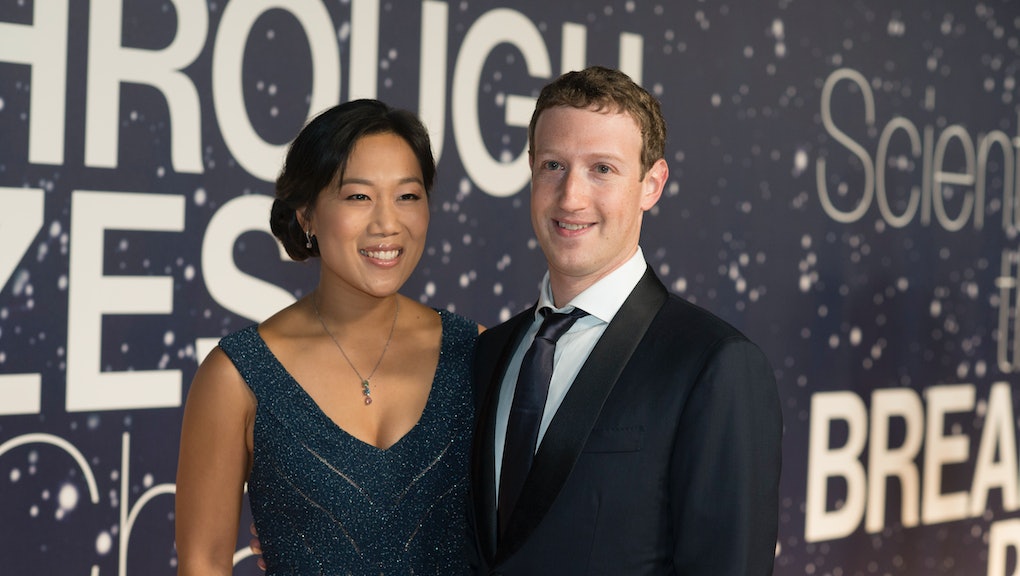 5 Important Truths About Miscarriages That Everyone Needs to Know

When Facebook founder Mark Zuckerberg announced on July 31 that his wife, Priscilla Chan, was pregnant after experiencing three miscarriages, he was acknowledging a painful, often overlooked truth: Being pregnant doesn't always mean having a baby.

And when his news was followed less than two weeks later by yet another viral miscarriage announcement, this time from YouTube stars Sam and Nia, Zuckerberg's announcement of his pregnancy loss took on new relevance.

Over the last few weeks, a number of other men (and women) have started speaking openly online about about their own experiences with miscarriage. Such stories have prompted people to press for a more public dialogue about the grief of losing a pregnancy.

If there's anything we can learn from Zuckerberg's announcement or from the subsequent revelations sparked by it, it's that losing a pregnancy can affect couples in ways that are deeply painful, sometimes confusing and often unforeseen.

Miscarriage is much more common than we acknowledge. Studies estimate that anywhere from 10 to 25% of pregnancies end in miscarriage, with a significant percentage of losses occurring in the first trimester. Women and their partners are therefore encouraged not to breathe a word about their pregnancies for the first few months.

But this deeply embedded cultural practice of silence surrounding pregnancy serves approximately no one. In fact, it can leave couples who've just experienced a loss to feel as if they're the only two people in the world experiencing such grief — even though statistics say that's far from the case.

There's no "right way" to express grief. Not every couple feels comfortable talking about losing a pregnancy.

"I do think there's a stigma around [talking about] miscarriage, but at the same time, I don't think it's any one person's job to have to wave the flag if it happens to them," Dr. Anne Davis, associate professor of clinical obstetrics and gynecology at Columbia University Medical Center, told Mic.

Whether or not a woman or her partner (if she has one) wants to discuss the experience of miscarriage is a highly personal choice. What matters is that they know they have space for that discussion, if and when they're ready to have it.

But right after her first miscarriage, Jamie found it was difficult to find the right people to talk to. That led her to join support groups, online and off, in part because at that point, she didn't have any friends who had been pregnant, so she didn't think they'd understand her experience.

By the time she had a second miscarriage in April 2015 and her friends started having kids, she realized she wasn't alone.

"There were women [in my social circle] who had miscarriages who needed to talk to someone," Jamie told Mic. "I feel like I had to figure out what to do on my own, but I've been able to help other people through it because of what I had to do."

Pregnancy loss comes with political undertones. There is a stigma associated with women's bodies — and around reproductive health in general — that makes it even harder for some to grapple with pregnancy loss.

The debates around abortion and fetal viability have politicized pregnancy, which can often overshadow the emotional reality of creating a new life. For pro-choice women especially, mourning a lost wanted pregnancy can seem like a contradiction of one's fundamental political views.

Miscarriage isn't the only part of pregnancy we need to get real about. Reducing the stigma around miscarriage —  by acknowledging how often it happens, that no one is at fault and that it's often painful for more than one person involved — helps us understand the complex reality of actually trying to make another human being. We have to acknowledge that pregnancy is rarely a straight path to parenthood; instead, it's more like a bumpy road with lots of forks.

"I think for a lot of young people who have a pregnancy, it's their first experience with loss of control," Davis said. "They haven't had to face Mother Nature pullin' a fast one on 'em. And in pregnancy, there are a lot of things that happen that we have absolutely no control over, and it's a hard adjustment to make. But it's one you have to do."