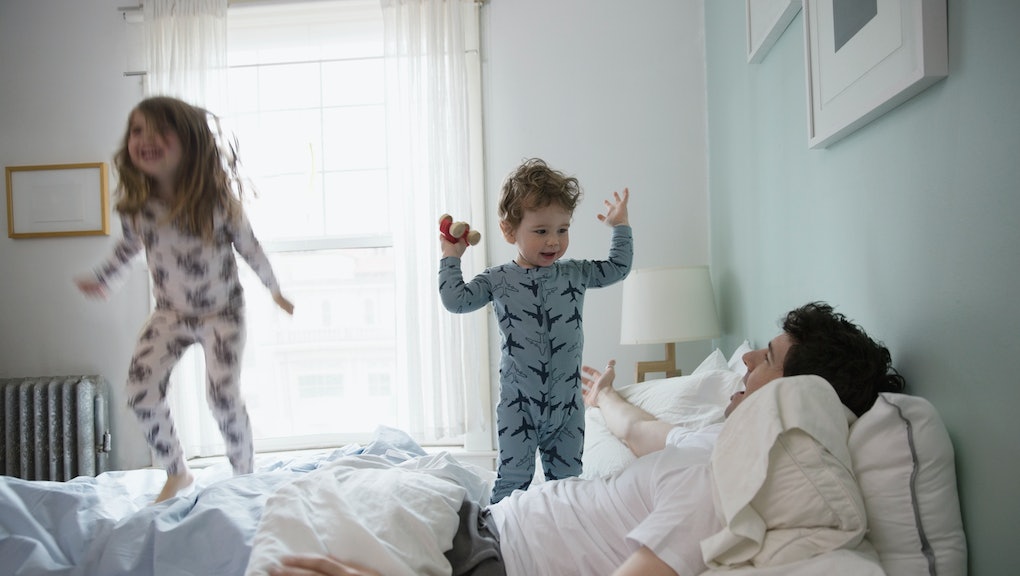 For all the talk about millennials being more sexually fluid, open-minded and generally down for whatever, when it comes to settling down and having kids, our generation's values are still fairly traditional. Although current trends indicate that more and more young people are choosing not to have kids and are waiting to get married, it turns out that at a certain point, we'll all be tying the knot soon enough.

According to a new forecast from the family research group Demographic Intelligence, the percentage of children born to married millennial parents is on the rise and will only continue to grow in coming years. The results indicate that while an increasing number of young people are prioritizing getting college degrees and forging careers over marriage and parenthood, we're not eschewing those last two things altogether. Rather, true to form, we're just procrastinating on the whole "getting married and having kids" thing.

"I'll get married... eventually." Although marriage rates have been steadily on the decline over the past few decades, demographers predict that most millennials will ultimately decide to have children once they've tied the knot, based on the fact that 59% of children born to millennials in 2015 had married parents.

As more millennial couples get married and have kids, that stat is likely to increase to 77%. Demographic Intelligence president Samuel Sturgeon says there's one good reason for this: Millennials are getting old, which is bringing us to a demographic "tipping point." So those of us who wanted to wait to get married and having kids will finally start doing so over the next few years.

But take this data with a grain of salt. Even though the data indicate that millennials will be more likely to settle down and have kids as they age, that doesn't necessarily mean the marriage rate is going up. Last May, Demographic Intelligence predicted that by 2016, the marriage rate will fall to 6.7 per 1000 people — the lowest it's ever been. As founder W. Bradford Wilcox told the Washington Post in May, marriage might be in "the worst place it's ever been."

It's also true that millennials have been eschewing parenthood far more than previous generations. Demographic Intelligence links the declining birth rate to financial factors, such as the recent economic recession. (A similar thing happened in the 1930s during the Great Depression, with young people opting not to have kids until they found themselves in more stable financial situations.) But now that the economy is no longer in the toilet and millennials are getting older, the data predict that birth rates will start rising again.

So get ready to RSVP to those baby showers and bachelor party invitations. If this research is any indication, in a few years they'll start rolling in on the reg.