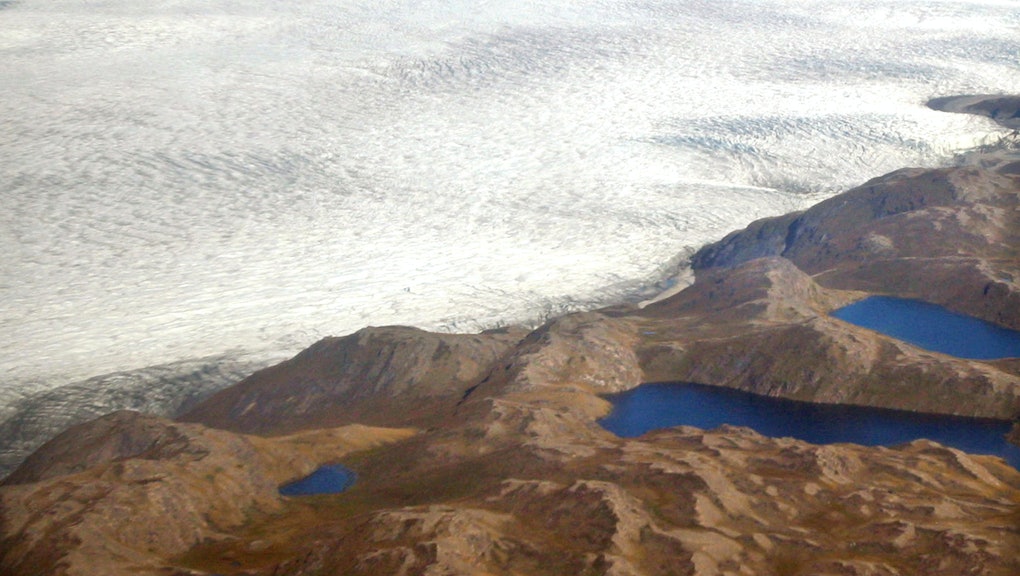 Climate change deniers will have a hard time explaining away this one.

A series of National Geographic atlas images from over the years shows exactly how much ice has actually melted in the Arctic since 1999, something President Barack Obama described as the "biggest change in its atlas since the Soviet Union broke apart."

To make that change more visual, National Geographic recently released this GIF showing how they've had to alter their maps of the Arctic Circle over the course of 15 years.

"He's right," National Geographic's Christine Dell'Amore writes. "The shrinking of the Arctic ice sheet in the 10th edition of the National Geographic World Atlas is one of the most striking changes in the publication's history."

How much is disappearing? In July, the amount of ice in the Arctic this summer was at its eighth lowest level for the summer month since satellite record-keeping began in the late 1970s, according to the National Snow and Ice Data Center.

"The end of Arctic summer is still several weeks away, and it's still too early to say if another record will be broken," National Geographic geographer Juan José Valdés told National Geographic. "But one need only look at the maps derived from satellite imagery to see the impact of global warming."

Over the last four decades, the region's sea ice coverage has retreated by 12% per decade, according to NASA. That pace accelerated after 2007 and coincided with unprecedented increases in global emissions of greenhouse gases, whose accumulation in Earth's atmosphere has fueled rising global temperatures.

One major contributor to global ice melt has been rising ocean temperatures. Between 1901 and 2014, sea temperatures rose on average 0.13 degrees Fahrenheit per decade.

Adamant denial. Despite the overwhelming evidence for climate change, skeptics have continued to deny the data. In February, Sen. James Inhofe (R-Okla.) threw a snowball on the Senate floor in an attempt to prove that, because it was cold outside, scientists' claim that 2014 was the warmest year on record couldn't be true.

While natural processes have certainly played a role in variations in Arctic ice coverage, they don't seem to be enough to explain away the drastic change that's occurred in the region since 1999.