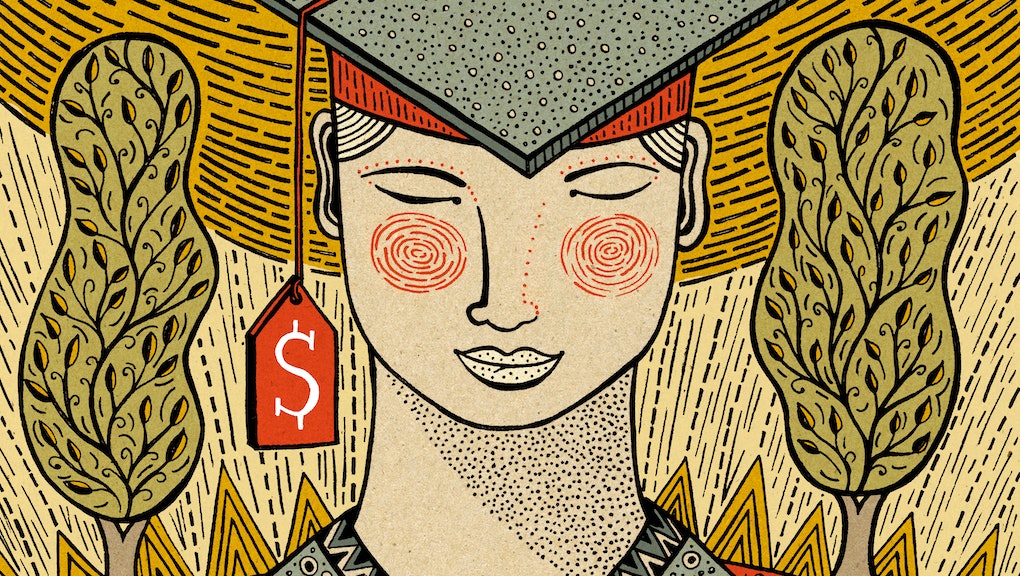 The class of 2015 graduated with a special honor: They ranked as the most indebted class in American history. The average student who borrowed money to finance their degree took on an average of $35,000 in debt.

The climbing cost of college is relentless. As we learn more about how high levels of student debt can cause enormous suffering and handicap people's ability to accumulate wealth for life, that rise can also be characterized as ruthless. But the wage premium and enhanced career options of a college degree remain constant, and so every year countless students take the plunge into a sea of debt.

One of the most extreme manifestations of this trend is in the upper echelons of academia; the top universities have some of the most exorbitant price tags in the country. Bloated with skyrocketing administrative costs and bent on attracting more academic talent, buying top-of-the line research equipment, and building fancier campuses, they rely on higher and higher tuition rates to pool more revenue and one-up their competitors.

Some schools offer generous funding options to ensure that they can meet the financial needs of all their students, but most don't. For students who aren't obscenely wealthy or don't qualify for scholarships or low-income-targeted grants or scholarships, diplomas will be accompanied by a hefty load of debt.

Here's the estimated cost of attending the top universities in the United States, as ranked by the U.S. World & News Report rankings, for the 2015 to 2016 school year. The cost includes tuition, room and board, books and other fees.

This is just the tip of the iceberg — There are countless other schools with similar price tags.

Student debt is shaping up to be a major focal point of the presidential race, and there's a good chance the next president will be tasked with instituting reforms to control its growth and relieve current borrowers. Whether or not those reforms will work remains to be seen.