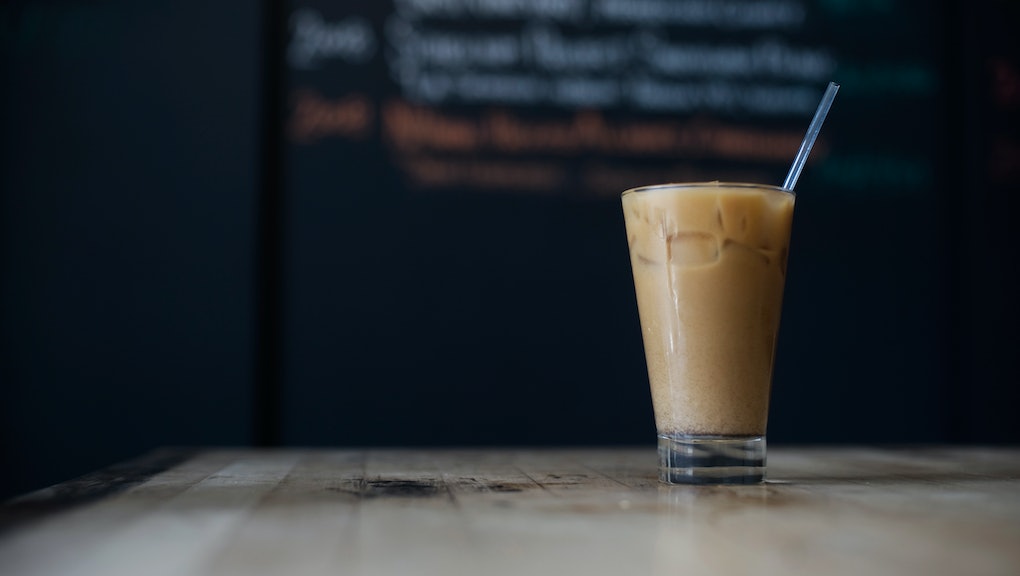 The caffeine-rich concoction has swept American coffeehouses so thoroughly that Starbucks devoted an entire webpage to celebrating it. But while it may seem like just a passing fad of hipster coffeehouses, cold brew coffee may also offer some surprising benefits to your health, your environment and your palate.

Your health: Cold brew coffee is produced by steeping grounds in cold water over an extended period and is roughly two-thirds less acidic than a regular hot brew. Considering more than 50% of Americans over the age of 18 drink coffee every day, this should be welcome news for the roughly 54 million Americans who have reported suffering from heartburn.

According to the American Heartburn Alliance, roughly 75% of sufferers have linked traditional coffee to their discomfort. "People who have these stomach issues tend to gravitate to cold brew," Patrick McInerney, an aficionado and co-founder of Due South Coffee Roasters, told Mic.

More than just amusing grist for a Tums commercial, persistent heartburn has been linked to acid reflux disease and even esophageal cancer. In addition to a sour stomach, anyone who has seen what happens to a tooth left in a cup of soda knows the toll high-acid drinks can also take on our mouths. Over time, beverages like hot coffee can potentially wear away critical tooth enamel as well.

Your environment: Aside from mitigating these nasty side effects, the best part about cold brew is that anyone can make it. All it takes is coffee grounds, cold water and a spare 20 hours to let it steep. Making cold brew requires no electricity and — unlike the very un-eco-friendly Keurig capsules, most of which end up in landfills — is 100% environmentally friendly.

Your palate: And it tastes better.

"What you get out of the coffee are the deeper flavors the coffee has to offer, enzymatic flavors like chocolate," said McInerney. For those looking for an extra buzz, there was also nothing better: According to McInerney, the caffeine in undiluted cold brew is roughly the same ounce for ounce as espresso.

"[It] will make the hair stand up on the back of your neck," he said.

While cold brew has only taken off in recent years, the science and technology behind it has been around for decades. ToddyCafe, which developed their Toddy Cold Brew system in 1964, estimated that 20% to 30% of their customers were coffee lovers who couldn't quite swallow the traditional stuff. In addition to less acid, Toddy claims cold brew extracts a richer, more concentrated flavor than traditional coffee and can retain it for up to 14 days.

It's not all bad news for fans of traditional brew, though. While the jury is out over whether coffee is "good" or "bad" for you, a number of recent studies indicate some encouraging benefits.

According to the journal Hepatology, coffee drinkers enjoy superior liver function to non-coffee drinkers. In Singapore, another study found a lower incidence of Type 2 diabetes for coffee drinkers. The drink has even been linked to rich dividends in old age with evidence suggesting that regular consumption can reduce the risk of Alzheimer's disease.

Longevity expert Dan Buettner said that regular coffee consumption was essential to anyone wanting to live a longer life. "It's one of the biggest sources of antioxidants in the American diet," he told the New York Times.

Of course, there's no reason to suspect any or all of these benefits associated with traditional coffee wouldn't also apply to its cold brew variant.

For fans of cold brew, the future looks bright. "Right now, I have a cold brew in front of me," said McInerney. "I think cold brew is going to evolve like roasting coffee at home is evolving."