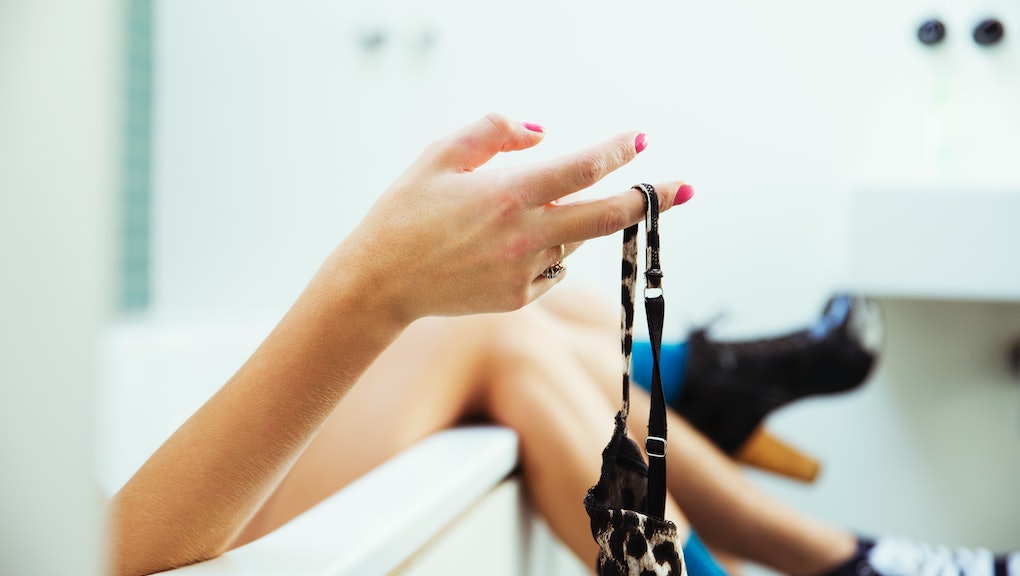 Good News: Slut Shaming Is on the Decline, According to OkCupid Data

The early aughts was a weird era. George W. Bush was the president, TRL was still on the air (RIP) and comparing Beyoncé and Ashanti seemed like a smart and reasonable thing to do. A lot has changed since then, including the way we hook up. And according to new data from OkCupid, people's attitudes toward relationships have shifted quite a bit over the past decade or so, particularly when it comes to judging people for having casual sex.

In a poll of one million OkCupid users in 2015, the site found that our attitudes toward hooking up and having multiple sex partners have changed quite a bit since 2005. Contrary to popular belief, we're not judging people (particularly women) for having casual sex with multiple partners — in fact, we give way fewer fucks about what they do behind closed doors than we did 10 years ago.

In the survey, OkCupid asked men and women of various sexual orientations if there were "such thing as having too many sex partners," or if they'd judge a prospective partner for being too promiscuous. The number of people who said yes declined dramatically over the past ten years, dropping from 70% of users in 2005 to just 52% in 2015.

Although straight women still reported caring more about raising their "numbers" than men, with 63% responding "yes" versus 49% of straight men, the numbers indicate that both genders are far less wrapped up in the implications of having multiple partners than they were a decade ago.

That said, the study also indicated that contrary to myths about millennial "hookup culture," people are far more conservative about casual sex than one might expect. In fact, compared to 69% of users in 2005 who said they'd consider having sex with someone on the first date, only half of present-day users were interested in getting laid so soon. In addition, 75% of OkCupid users reported being more interested in finding love than having sex, a number that was consistent with the 2005 data.

Given the rise in anti slut-shaming advocacy and the cultural push for more open dialogue about sexual consent, the findings make some sense: People are leaning into the idea that it's not OK to police women's sexuality, and they're also more outspoken about their views.

Unfortunately, the progression toward embracing female sexuality that OkCupid has charted doesn't exactly indicate we've reached sexual equality: After all, we're still working to close the orgasm gap and combat sexual assault. But at the very least, when it comes to ending slut shaming once and for all, we seem to be moving in the right direction.