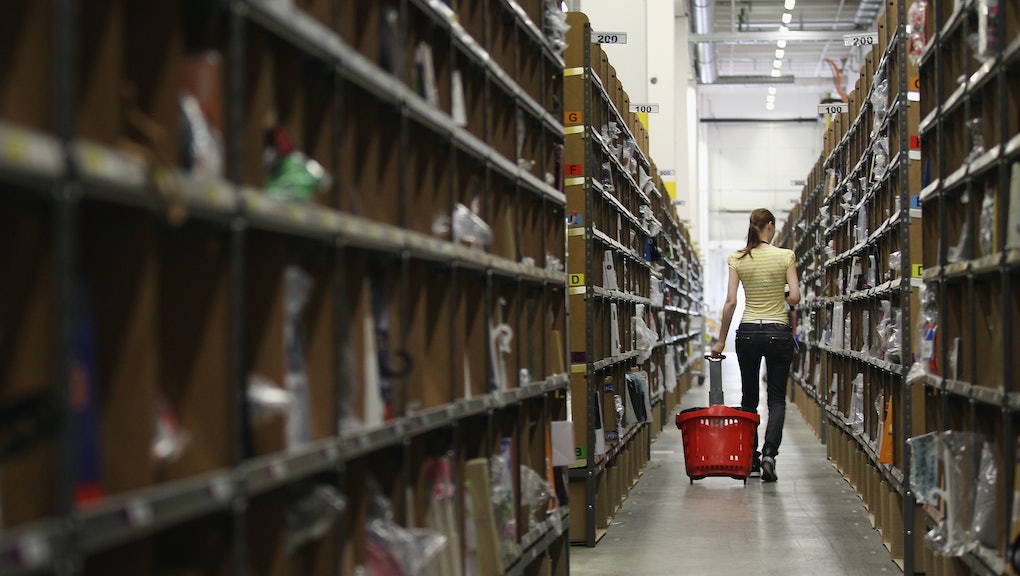 On Saturday, the New York Times published a brutal and lengthy exposé on the workplace culture of Amazon, one of the world's biggest and most powerful retailers. It describes an environment in which workers are pushed to fit in with the company's madcap pace, pitted against one another and expected to put work before everything — even traumatic life events like cancer and miscarriages.

Molly Jay, an early member of the Kindle team, said she received high ratings for years. But when she began traveling to care for her father, who was suffering from cancer, and cut back working on nights and weekends, her status changed. She was blocked from transferring to a less pressure-filled job, she said, and her boss told her she was "a problem."

According to the piece's authors, Jodi Kantor and David Streitfeld, more than 100 current and former Amazon employees were interviewed for the piece. But while the company culture appears to extend to just about every corner of the organization, the anecdotes Kantor and Streitfeld included that concerned female employees were among the most horrifying: Miscarriages and stillbirths were dismissed with little more than the wave of a hand, and child care was treated like an irritating inconvenience rather than a normal reality.

But these tales are not just limited to Amazon's $250 billion confines. Rather, they're cogent examples of a larger, troubling trend in tech, one in which male-dominated institutions tend to push women to the side. It is, in some ways, a consequence of placing innovation above all else: Women, who are often also saddled with family, reproductive and behavioral expectations in ways men are not, are punished when they appear to fall behind the innovation-obsessed status quo.

In other words, Amazon is all but certainly not the only tech giant with these kinds of problems. This is simply what happens when you push a male-dominated workplace — according to the New York Times, Amazon doesn't have any women on its top leadership team — to its logical extreme.

1. "I had just experienced the most devastating event in my life."

Kantor and Streitfeld spoke to one woman who was told she would be forced onto a "performance improvement plan" after experiencing a stillbirth.

"The mother of the stillborn child soon left Amazon," the authors wrote. "'I had just experienced the most devastating event in my life,' the woman recalled via email, only to be told her performance would be monitored 'to make sure my focus stayed on my job.'"

2. Cancer is no excuse for poor work performance.

Another woman who had breast cancer was similarly placed on a performance improvement plan "because 'difficulties' in her 'personal life' had interfered with fulfilling her work goals," according to the New York Times. Others who faced health crises "felt they had also been judged harshly instead of being given time to recover."

3. Neither is a miscarriage.

"I'm sorry, the work is still going to need to get done," one employee reported being told by her boss after she had a miscarriage. "From where you are in life, trying to start a family, I don't know if this is the right place for you." According to the New York Times, she had departed for a business trip one day post-surgery.

4. Motherhood is the ultimate burden...

Michelle Williamson, a 41-year-old parent of three who helped build Amazon's restaurant supply business, said her boss, Shahrul Ladue, had told her that raising children would most likely prevent her from success at a higher level because of the long hours required.

Ladue "said that Ms. Williamson had been directly competing with younger colleagues with fewer commitments, so he suggested she find a less demanding job at Amazon," according to the New York Times. Caring for a family would stop her from rising within the company, he said, due to the long slog required for success. Ladue said he worked "85 or more hours a week and rarely took a vacation."

Elizabeth Willet, a former Army captain, said she left Amazon after a little over year after her peers attacked her for changing her hours — she arrived earlier and left earlier — after having a baby. "Her boss assured her things were going well, but her colleagues, who did not see how early she arrived, sent him negative feedback accusing her of leaving too soon," Kantor and Streitfeld reported. "'I can't stand here and defend you if your peers are saying you're not doing your work,' she says he told her."

Some former women executives at the company believe its pit bull-like leadership principles — an insistence on dissenting with coworkers, for example — worked against female employees, who are generally expected to maintain an agreeable and friendly air in the workplace.

"Many women at Amazon attribute its gender gap — unlike Facebook, Google or Walmart, it does not currently have a single woman on its top leadership team — to its competition-and-elimination system," Kantor and Streitfeld wrote. "Being too forceful, they said, can be particularly hazardous for women in the workplace."

Bezos responded: Amazon founder and CEO Jeff Bezos, for his part, disputed the broad conclusions drawn by the Kantor and Streitfeld. In an email to Amazon employees, Bezos noted the New York Times' depiction of his company did not mesh with his own experience:

Here's why I'm writing you. The NYT article prominently features anecdotes describing shockingly callous management practices, including people being treated without empathy while enduring family tragedies and serious health problems. The article doesn't describe the Amazon I know or the caring Amazonians I work with every day.

I strongly believe that anyone working in a company that really is like the one described in the NYT would be crazy to stay. I know I would leave such a company.

According to the New York Times, many of them — and other employees at other tech companies — do just that. It might be time to take a long, hard look at why.