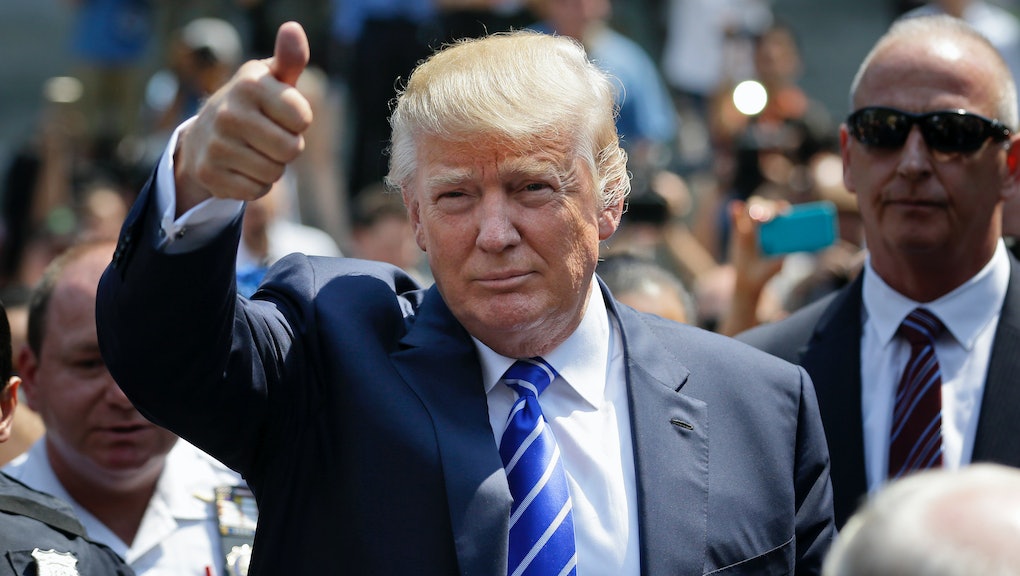 New CNN Republican Poll Has Trump Way Ahead, Christie Out of Top 10

A new poll released Tuesday is showing that 2016 Republican presidential front-runner Donald Trump has widely expanded his lead over the rest of the field. The poll, conducted by CNN and the Opinion Research Council, found Trump had moved from 18% support in July to 24% in August. His nearest rival, Jeb Bush, stumbled in August, falling two more percentage points to 13%.

The poll also saw gains for neurosurgeon Dr. Ben Carson and Florida Sen. Marco Rubio, who were ranked third and fourth respectively. Rounding out the top five was Wisconsin Gov. Scott Walker, who saw his numbers shrink from 10% in July to 8% in August.

Though a slight gender gap exists between Trump's male and female supporters, the real estate magnate still enjoys the lead among both genders, with 60% of Republican women and 57% of Republican men viewing him favorably. The poll also confirmed much of Trump's strongest support came from non-college educated voters, as opposed to those who had finished their degrees.

Despite near daily media reminders of an imminent implosion, Trump has seen his profile rise beyond any initial expectations or traditional "media bounces."

During his campaign announcement on June 16, Trump made his now-infamous claim that undocumented Mexicans were flooding the United States, saying, "They're bringing drugs. They're bringing crime. They're rapists. And some, I assume, are good people." The comments enraged many in the American Latino community, which is currently the United States' largest minority. Business partners from Univisión to NBC to Macy's disassociated themselves from him.

Later, at a July Family Leadership Summit in Ames, Iowa, Trump told a conservative audience that Sen. Jon McCain was only a Vietnam war hero because he was captured, adding that "I like people who weren't captured." Again, many predicted his end.

During the Republicans' first debate on Aug. 6, Fox News anchor Megyn Kelly called out Trump's past history of misogynistic comments, including instances where he called women "fat pigs" and "disgusting animals" and said an Apprentice star would look pretty on "her knees." Trump brushed aside the question as "political correctness" and later accused Kelly of having "blood coming out of her eyes, blood coming out of her... wherever." (Trump later said that he was talking about her nose.)

The next GOP debate is scheduled for Sept. 16.