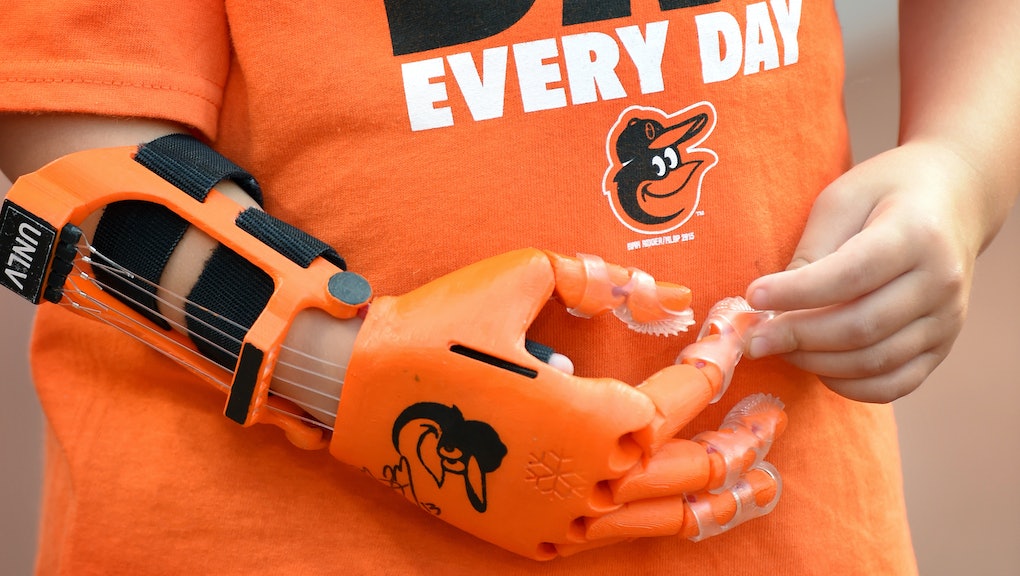 On Monday night, the Baltimore Orioles handily defeated the Oakland Athletics by a score of 4-2. But it wasn't the players who stole the show — it was 5-year-old Hailey Dawson.

Dawson is the owner of a neat little device called the Flexy-Hand 2, a 3-D printed prosthetic hand devised by the University of Nevada, Las Vegas. On Monday night, before the Baltimore crowd, she threw out the ceremonial first pitch with the help of her 3-D printed creation.

"[Hailey's] excited because this is her wish," said her mother, Yong Dawson, according to SB Nation.

Hailey has Poland Syndrome, which means she was born with muscular abnormalities in her chest area. As a result, it's almost impossible for her to grip things, like a baseball, in her right hand, SB Nation reports.

Enter the Flexy-Hand 2, which is the creation of Brendan O'Toole, UNLV's chair of medical engineering, and a team made up of everyone from interns to undergraduate students. Though it's a relatively straightforward design — the device houses her palm, and string connects her fingers and her wrist — it took O'Toole and his team about two years to perfect, and it's the fourth iteration of the design.

Dawson, for her part, was excited to meet her favorite player, Orioles third baseman Manny Machado, who also autographed her prosthetic hand. "I think the best part for her is she gets to meet [him]," her mother told SB Nation.