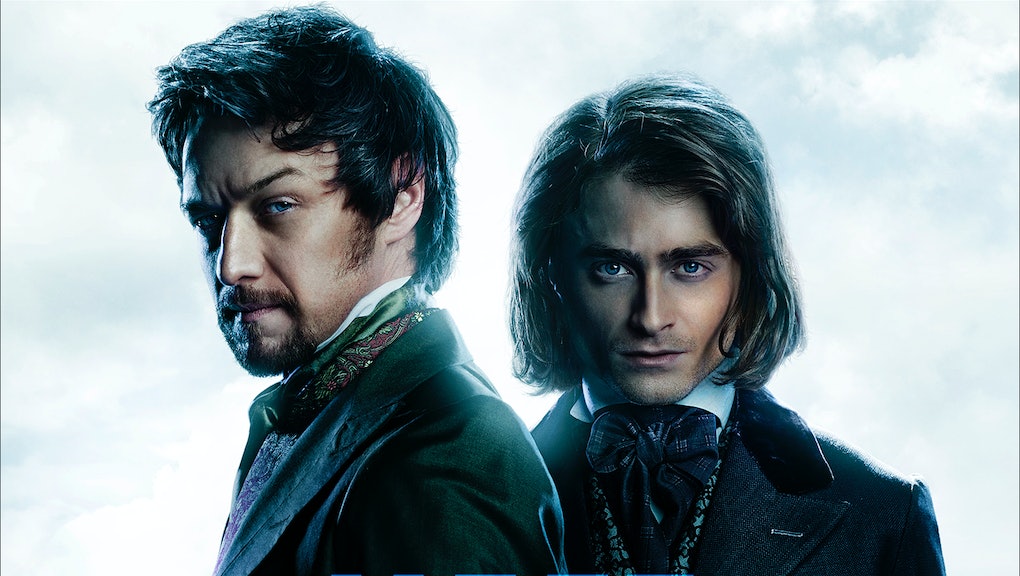 Frankenstein was the doctor, not the monster. The nerdy clarification when someone mistakenly calls the hulking creature of legend "Frankenstein" is memetic. Sure, it's correct, but does anyone care? Who's interested in Victor Frankenstein, anyway?

That may change this fall, when audiences see James McAvoy as the titular monster creator. In Victor Frankenstein, the story follows the doctor as he delves further into the experiments that would eventually create his beast. Along for the ride, as shown in a new trailer, is his assistant Igor, played by Daniel Radcliffe.

Radcliffe and McAvoy appear as themselves at the beginning of the clip, with the former calling Victor Frankenstein "a very new twist on a legendary tale." Certainly, the American trailer presents the film as something a bit lighter — think of the Robert Downey Jr. Sherlock Holmes movies, with Radcliffe as the Watson to McAvoy's Holmes.

Like those Sherlock movies, Victor Frankenstein seems to be a balance of a traditionally English property and a buddy movie about one friend attempting to reel in the other. It mixes comedy and action, creating a genre hybrid that's become increasingly popular.

In addition to the American trailer, a separate, unique version for international audiences also found its way onto the Internet Tuesday morning. That version plays the story a bit more seriously, truer to Mary Shelley's original story.

Why the difference? Perhaps 20th Century Fox is attempting to differentiate from I, Frankenstein, the dour update of the Frankenstein story that bombed commercially and critically last year. To play up any bits of lightheartedness, even through references to the iconic nature of Frankenstein's monster, is to make this an audience-friendlier property.

Whether the split marketing will work remains to be seen. Still, if nothing else, it's truly a kick to see Radcliffe rocking Igor's long hair.