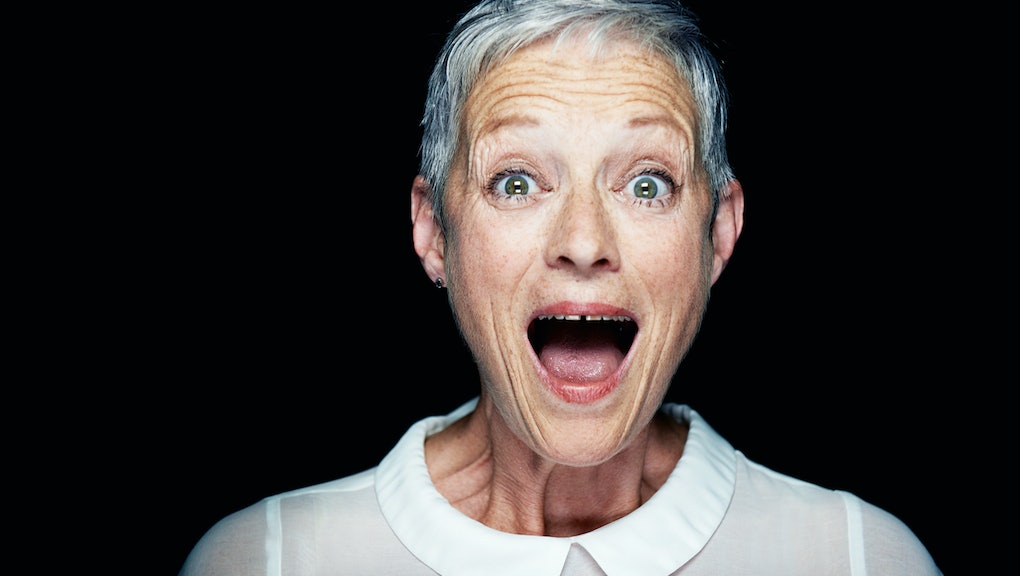 Our favorite vibrators have long occupied a special spot in our hearts (not to mention our nightstand drawers). We use them during sex, to improve our moods and to open our eyes about our own sexual needs and desires. And now, thankfully, women are becoming far more open about talking about their buzzing friends, as well as female pleasure in general.

Enter Fiera. Nuelle, a so-called sexual wellness and intimate care company, recently announced the launch of Fiera, a "pre-intimacy arouser" for women. (Though Nuelle notes Fiera's technology includes "gentle suction and multifocal vibration to stimulate the clitoris," the company is adamant Fiera is not a sex toy.)

Fiera, which hit the market in mid-August, is technically targeted at women of all ages. But it's specifically designed to boost arousal, as researchers say post-menopausal women have difficulty getting in the mood.

Long said Fiera's release has already garnered a response. "We just launched the product last week, but we saw an immediate demand," she said. (Long did not provide Mic with sales numbers.)

The big, gray-haired elephant in the room: According to Leah Millheiser, an assistant professor of obstetrics and gynecology at Stanford Medical Center and Nuelle's chief science officer, there is a kernel of truth to the belief that women experience a decline in their libido and sexual function — lubrication, clitoral sensitivity and the capacity to reach orgasm — as they age.

"It is true that sexual function does decline as a result of hormonal fluctuations, life stressors, health concerns, partner sexual issues or the lack of a sexual partner," she told Mic, a reality that may contribute to the assumption that sex — and sex toys — are only used by younger women.

Stacy Lindau, an associate professor of obstetrics and gynecology and medicine-geriatrics at the University of Chicago Medicine, echoed Millheiser's assertion.

"Lower sexual interest or desire is more of a problem for older women than it is for younger women," though it is present in all age groups, she told Mic via phone. Oftentimes, she said, these women are interested in the idea of sex, but lack the proper physiological responses.

Fiera also isn't the only product targeted at post-menopausal women. The Swedish luxury sex toy manufacturer LELO told Mic in an email that older women also make up a fair percentage of their target audience, particularly for higher end products.

"They're not our biggest audience, but [they're] substantial," Steve Thomson, the company's global marketing director, said. "They are three times as likely to make a purchase than younger visitors 18 to 25."

There are other products out there that, like Fiera, target what are often age-related issues of sexual dysfunction. The Eros clitoral pump, an FDA-approved prescription therapy system, has been on the market since 2000. Like Fiera, it's designed to increase arousal; it also promises to "recondition your sexual response."

But these products are still few and far between, in part because we don't talk about older women having sexual desire. As Lindau said, there's a misconception in our culture that older women aren't interested in sex.

"I do still think that there is, especially in Western culture, a strong message that youthfulness is what's sexy," she said. "I think there are also still social stigmas and taboos around positioning parents and grandparents as sexual beings."

""Millennial women seem to be more open and willing to state their needs and desires," Long said. "But certainly women who are mid-life and older have a lot of societal norms to overcome."

"Chronology and wrinkles do not have to interfere with a very rich and hot sex life," Price, 71, told Mic recently. "We are not driven by the biological urge now. You get to be my age ... I'm not ever going to be pregnant, so why am I having sex? I'm having sex for pleasure, for intimacy, for the hot joy of orgasm, for enjoying my life."

Price also said older women are purchasing sex toys with various characteristics that make them accessible to older customers, such as toys that are easy on arthritic wrists and hands or powerful devices that can help to ease issues of decreased sensitivity. These toys, she says, are changing lives.

"There are so many happy, juicy-minded older women out there who have, maybe not as large a collection of sex toys as I do, but a sizable collection," Price said.

By publicly advocating for older women to use sex toys, Price wants people to realize that older women are women all the same — human beings with desires and fantasies and curiosities.

"Our society views older people who are sexually exuberant as being icky and pathetic, and assumes that a normal older person isn't interested in sex," she said. "There's one kind of person that's supposed to have sex, and that's young hardbodies. Well, let's just blow that one up."

"There's one kind of person that's supposed to have sex, and that's young hardbodies. Well, let's just blow that one up."

This is relevant to young people too. Issues of older female sexuality may not have much of a direct bearing on the lives of millennial women (or men), but we do have mothers, grandmothers, aunts and sisters.

Perhaps more importantly, however, the launch of Fiera and similar sex toys for older women serves as a cogent reminder that our sexuality doesn't need to have an expiration date. We won't be 20- or 30-somethings forever, but that doesn't mean it's all downhill from there.

"We would all do better to acknowledge that sexuality is lifelong if we choose to embrace it, to celebrate it, to nurture it," Price said. "And for younger people — what age do you plan to give up your genitals? Everybody who's lucky is going to get older. Don't you want to take your sexuality with you? Don't you want to see how you can explore it and celebrate it and have it with you, not just when biology is telling you that it's hot?"