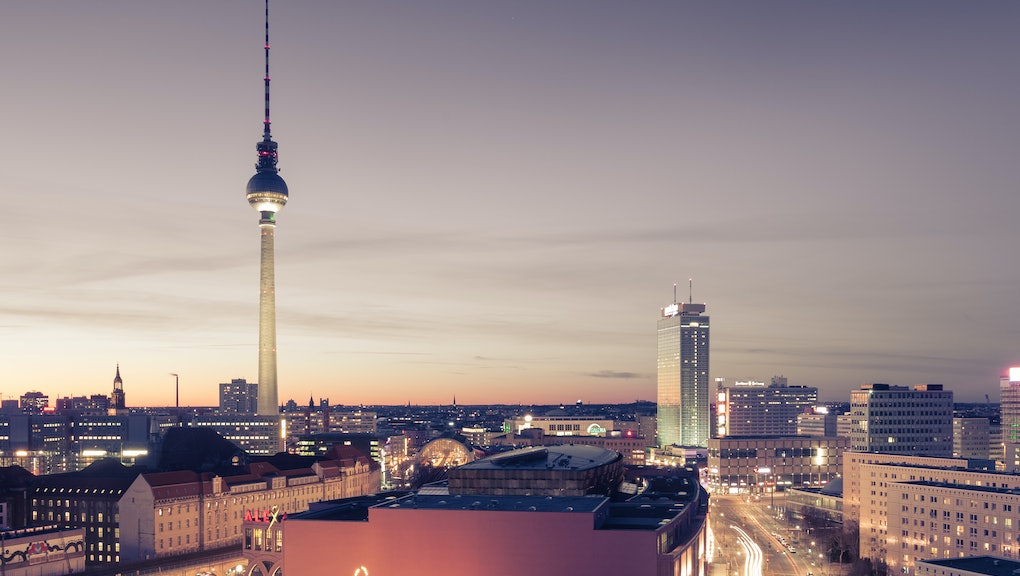 On Jan. 1, 2015, Germany did something it's never done before: It instituted its first-ever minimum wage.

The economic powerhouse was the last major country in Europe to institute the policy. Historically, wage floors for workers were determined through negotiations between trade unions and employers. But with Germany's once-powerful unions on the decline, the idea of a government-backed union wage gained traction in recent years.

In 2013, the country's Social Democratic party made the passage of a minimum wage one of their conditions for joining the governing coalition led by Chancellor Angela Merkel's Christian Democrats. In the summer of 2014, the German parliament passed a minimum wage of 8.50 euros per hour (about $9.40), to begin in 2015 — higher than its equivalent in the U.S. The law benefits an estimated 3.7 million people.

Predictably, German business interests furiously protested the law, and lobbied extensively for loopholes in its implementation. They argued that instituting the wage floor would cause unemployment to spike, companies to look outside the country for cheaper labor and would threaten the country's status as the continent's economic leader.

But in the eight months since Germany's experiment with a robust minimum wage, the country hasn't shown any signs of suffering a major economic blow as a result of the new policy. In fact, it's doing historically well by the very measure that the political right and corporations homed in on in their warnings: unemployment.

What's happening: According to Bloomberg, unemployment in Germany decreased in June for the ninth month in a row, suggesting that the wage raise wasn't wreaking havoc on employer's ability to pay their low-wage workers. In July, the Financial Times reported a bump in the number of people without jobs, but it wasn't a large enough number to change the overall unemployment rate of 6.4%.

That rate represents the lowest unemployment rate since 1991, after both the fall of the Berlin Wall and German reunification.

"As far as we can see now, the experiment has been successful. The unemployment still follows a downward trend and, generally, there are no conspicuous issues in the data indicating significant job losses," Joachim Moeller, director of the Institute for Employment Research in Germany, wrote in an email to Mic.

Moeller said that while there's been no surge in unemployment, trends in jobs themselves appear to be shifting. There has been a decline in "mini-jobs" with low monthly earnings, and a simultaneous rise in normal employment in those occupations.

The higher wage also helps boost consumer demand — a useful contributor to the economy's growth, which relies heavily on exports.

It's popular: The German public appears to generally be pleased with the policy. In the spring, the Local reported that a survey by the Trade Union Confederation found 86% of the country supported the new minimum wage.

Among members of the German left, there has been a widespread recognition that the minimum wage could serve as a counterweight against the nation's changing economy. Today, Germany is as prosperous as ever, but the fruits of its economy aren't distributed the way they once were in the past, Moeller explained.

"In the era of the German economic miracle from the 1950s to the 1970s, the country always had a relative moderate wage inequality. The big majority of workers benefited from collective agreements," he said. "From the mid-1990s on, this has changed markedly. Union coverage has decreased a lot and wage inequality has risen. The low-pay sector in Germany expanded gradually and is nowadays one of the largest in Europe."

It's not entirely inclusive: The minimum wage affects millions of poorly paid German workers, but the law also seems to be riddled with exceptions, and some sectors of the economy are operating under a two-year phase-in period. Deutsche Welle reported recently that lobbyists were able to win over significant delays for implementation in the agricultural and media sectors, for example. Unions have been busy dealing with complaints from workers that some companies are employing creative new ways to shift the higher cost of the minimum wage back onto employees. One report finds that slaughterhouses have been charging employees for their knives.

There has been one tangible cost: beer. The organizers of Munich's Oktoberfest claim that the cost of beer at this year's annual festival will go up in part because of the higher national minimum wage. But Moeller says there's no reason to worry about a decline in consumption.

"The beer price at Oktoberfest has been increasing as long as I can remember," he said. "The justifications differ. In the past it was the oil price; it is the minimum wage now. In any case, also this year you will have much trouble finding a table in one of the traditional large beer tents."

Germany is still early on in its experiment with a strong minimum wage. By next summer, there will be a much bigger data set to work with, and economists will eagerly flock to it to come up with bigger theories about the effects of the policy. But at the moment, it looks like things are going just fine.