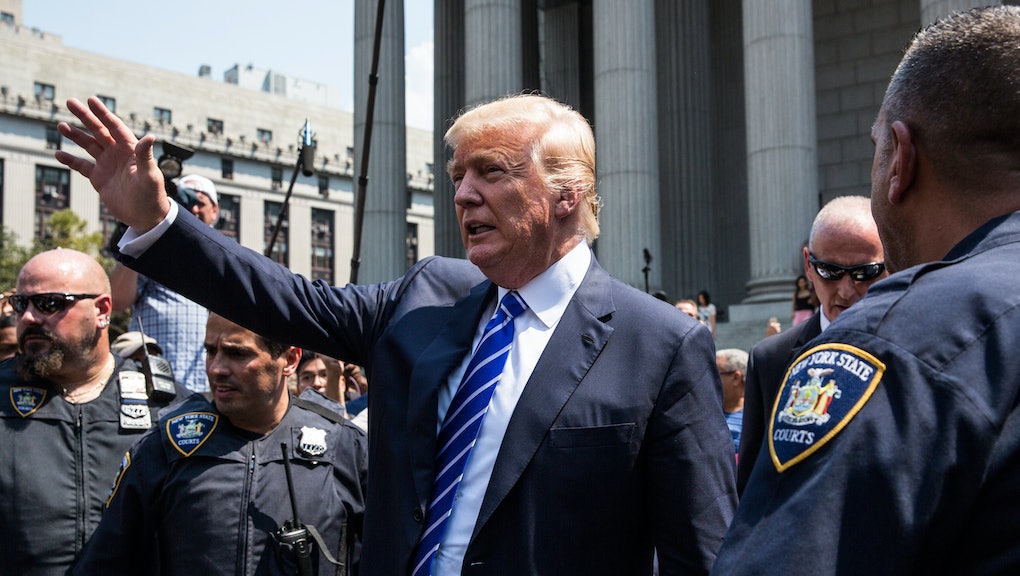 Republican presidential hopeful Donald Trump, who has been surging in GOP polls since announcing his campaign in June, is six points behind Democratic frontrunner Hillary Clinton in a general election among registered voters, according to the latest CNN/ORC poll.

Trump leaped 10 points closer to taking the majority from the former U.S. secretary of state since a similar poll in July. CNN reports the real-estate tycoon jumped ahead in favorability among Republicans, right-leaning independents, men and white voters, while the polling also finds Clinton is facing her lowest favorability rating since March 2001.

As her numbers continue to dip against leading GOP candidates, including Trump, and Democratic runner-up Bernie Sanders similarly climbed 10 points in polls since July (now holding 29% among Democrats), another wrench may be thrown into Clinton's race for the White House: Vice President Joe Biden.

According to the poll, the majority of Democrats and left-leaning voters favor Biden throwing his hat in the ring for the White House, although that isn't to say voters think he'd make a better president: Only 27% of voters polled think Biden would outperform Clinton as commander in chief.