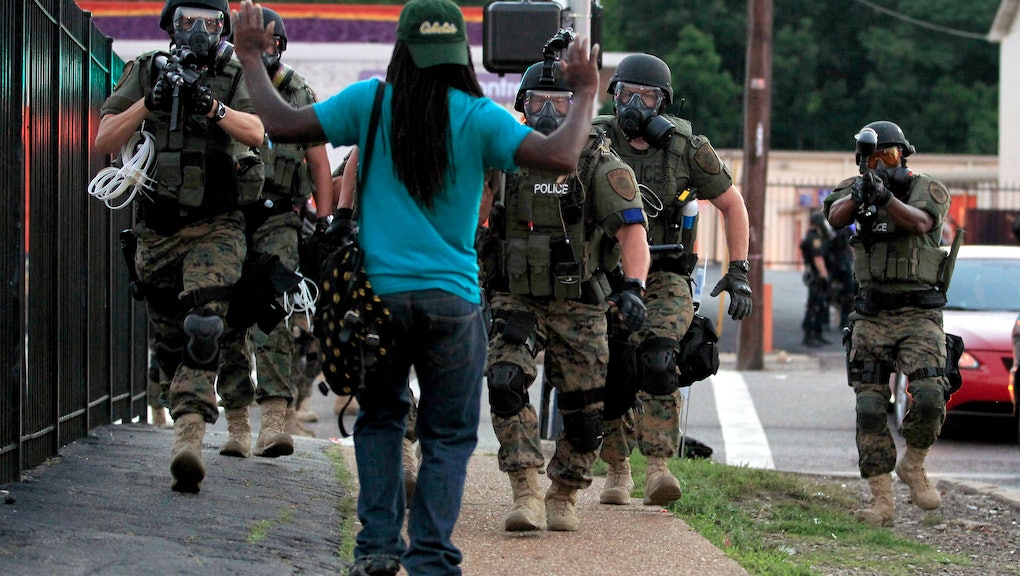 According to statistics provided to Mic by research collective Mapping Police Violence, American police are on track to kill around 1,200 people in 2015 if the slayings continue at the same pace through the remainder of the year.

The map below shows how many individuals have died in each of the 50 states and D.C. While there's a clear correlation between the number of officer-involved homicides and the population size, a few states stand out as having extremely high numbers of deaths.

The 745 deaths documented through Aug. 17 includes more than 142 additional deaths from Mic's last version of this fatality map, compiled July 10.

In California, police killed over two dozen people in those 40 days. Since mid-July, California's count has risen at a rate of nearly five killings per week, from 95 to 121. Texas officers killed 17 people over the same time frame, rising from 64 killings to 81. Florida police killed seven, for a total of 50 deaths this year.

Rhode Island, South Dakota and Vermont all continue to have a year free of police killings.

A review Mapping Police Violence did of unarmed police victims between January 2013 and August 2015 found that the five states with the highest numbers per capita of unarmed people killed by police are Oklahoma, Arizona, Maryland, Florida and South Carolina. California, with its 512 overall deaths (and 96 unarmed victims) comes in sixth by this metric. In most states, unarmed victims of police shootings were disproportionately black.

Some states are killing many times more individuals on an absolute basis than entire countries are. In Norway, which has a population of 5.2 million, police have shot dead just two people since 2002, firing their guns just 33 times since then, and not at all in 2007. In Arizona, population 6.7 million, police killed 31 people so far this year alone. On a single weekend in August of this year, U.S. police ended more lives than all the police in Germany, Norway, Japan, Singapore and England and Wales did combined throughout the entirety of 2014.

Vocativ has previously reported U.S. police kill more people per capita than there are criminal homicides in 19 out of 34 OECD countries. A USA Today investigation from Nobember revealed at least 1,581 U.S. police departments arrest minorities at rates "more skewed" than the highly investigated Ferguson, Missouri, police department, which arrests "black people at a rate nearly three times higher than people of other races."

What's more, police in other countries tend to be more cautious even when they do use their firearms. Of the 85 bullets fired by German police in 2011, Der Spiegel reported 49 were warning shots. In just one 2014 incident in Stockton, California, U.S. law enforcement fired more than 600 rounds at a trio of bank-robbery suspects holding three hostages in a Ford Explorer, hitting one of the hostages 10 times. She died from her wounds.