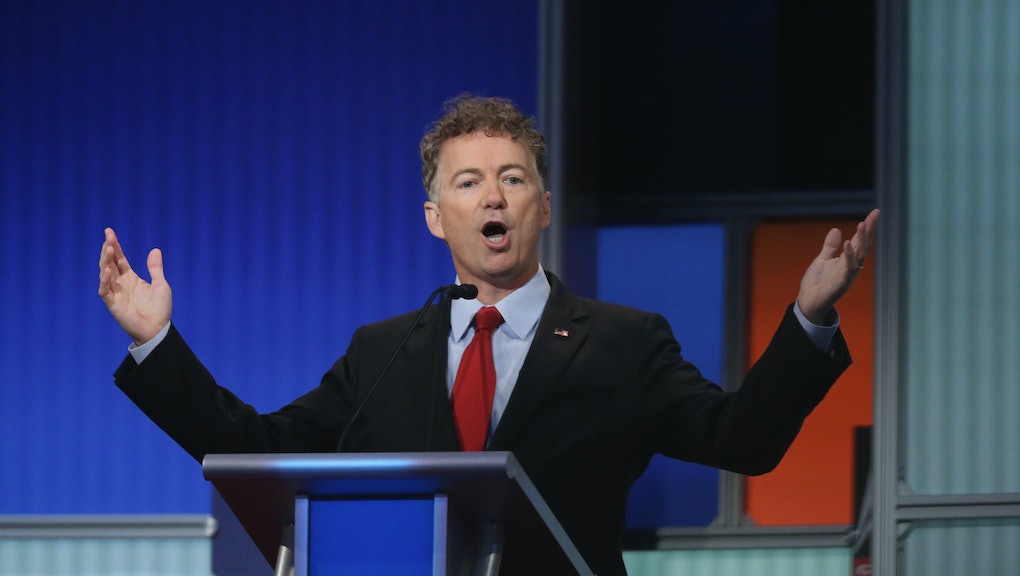 Paul, the son of former Republican representative from Texas, two-time presidential candidate and Libertarian darling Ron Paul, has proposed a bare bones system with a single tax rate for employees and their employers, few deductions and loopholes and no payroll tax.

Paul revealed the details of his reform package, dubbed the boldest overhaul of the U.S. tax code any Republican candidate has proposed in 25 years, according to the Hill, earlier this year. Paul said his plan, which he calls the "Fair and Flat Tax," would "repeal the entire IRS tax code" in order to "start over."

A breakdown of Paul's tax plan: Among the most striking conditions of Paul's tax code overhaul would be eliminating the payroll tax, which accounts for the bulk of what most Americans pay in taxes. Paul's tax plan would also flatten the tax bracket into one rate of 14.5%. A family of four making $50,000 or less would pay no income tax, according to the proposal.

It would also shrink, but not eliminate, the IRS and get rid of estate and gift taxes. It would also abolish all excises and tariffs.

Such reform would likely come at a cost of roughly $3 trillion to the U.S. economy over 10 years, according to U.S. News & World Report.

What do the experts have to say? Some conservatives have praised the overhaul as groundbreaking, however many experts have said the plan won't make good on its promises.

Bloomberg View columnist Ramesh Ponnuru writes: "What Paul is proposing is a big tax cut for high earners and businesses with almost no direct benefits for most Americans. It's the latest evidence that a flat tax that cuts most people's taxes while keeping revenue at a plausible level is just not possible."

Dean Clancy, a former White House senior official, lists the downsides to Paul's plan as favoring the wealthy, wrongfully cutting excises and tariffs, which would have to generate the bulk of U.S. government revenue in lieu of tax cuts elsewhere, and as unrealistic in a democratic society.

"One serious problem with Paul's plan is that it is not funded and would increase the deficit," Joseph Mitrani of nonprofit group Economics21 wrote. "It is possible that reductions in government spending, compounded by sound economic growth ushered in by the flat tax plan, would expand the American economy. However, even when factoring in potential economic growth, this proposal would still cost the government."