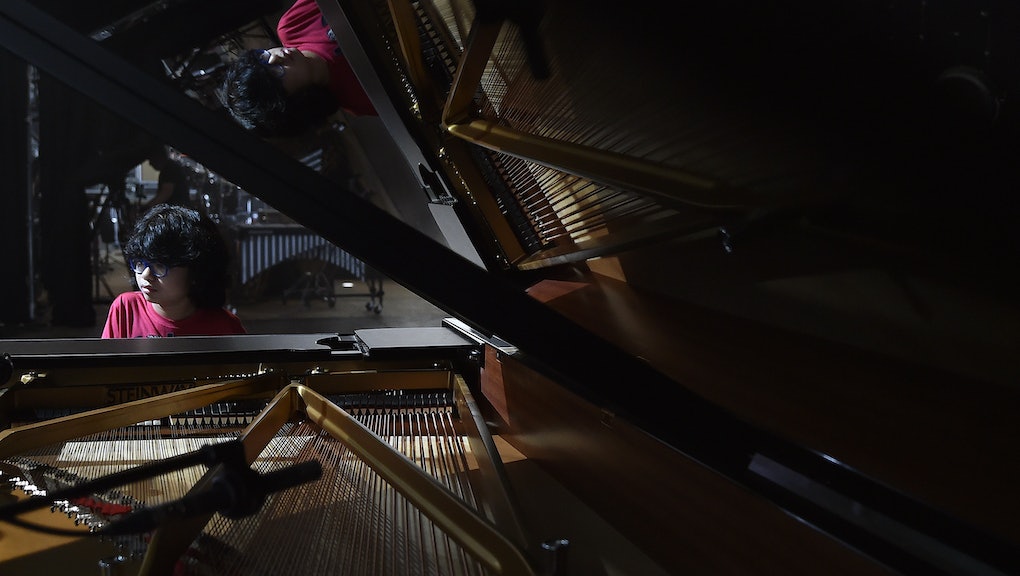 Studies Show that the Brains of Jazz, Folk and Classical Musicians Are Not Equal

Every breed of musician comes with its own stereotype.

These stereotypes hardly fit every musician, but they definitely stick out in our minds. Their prevalence can lead one to wonder: Are there any meaningful, science-based characteristics that distinguish these artists from one another? Do they have different minds and personalities? Or just different tastes in music?

Studies validate the former — all musicians are not wired the same way. Different instruments encourage the development of different skills and brain functions. Playing different genres does the same. Playing chaotic, improvisational jazz crafts a very different mind than does the playing structured repertoires of classical composition.

What makes a jazzman a jazzman? A June 2014 study out of the University of Graz in Austria revealed jazz musicians showed more ideational creativity in nearly all measures than either folk or classical musicians. In keeping with the loose, expressive styles of performance, jazz musicians also play for fun far more often than classical musicians. In this way, their work confirms a 2009 British study that found jazz players exhibit greater levels of intrinsic motivation to play and derive more pleasure from musical activities than their classical counterparts.

Brain scans paint a similar story. Research out of the Karolinska Institutet in Stockholm had jazz and classical pianists play inside of an MRI machine. The Guardian reported subjects were told to play whatever they pleased, though study coordinators would occasionally prompt them with emotional or musical themes. The more improvisation training an individual had, the more neural connectivity registered in their prefrontal, premotor and presupplementary motor cortices — areas generally associated with personality expression and decision-making. Musicians more experienced in improvising also showed less activation in the parts of the brain associated with providing stereotypical responses — which in this case would be rote musical phrases and cliches that artists without this type of expansive mind might rely on.

Different genres draw different personalities. The Austrian study shows that in addition to creative habits, musicians from the different genres also have strikingly different personalities. Folk musicians, for example, registered as far more extroverted than jazz and classical musicians. It makes sense considering the context of most folk performances, which generally include space for conversation and storytelling between the artist and audience.

Classical musicians also displayed far less openness to new experiences than jazz or folk musicians in that study. Openness to experience is the most fundamental attribute of the "Big Five" personality dimensions for musicians to exhibit, according to a 2012 study from the University of Arts in Serbia. That study's author argues the trait allows musicians to establish their expressive scope and aesthetic sensibilities. Do jazz or folk musicians' higher marks in this metric mean they're more inherently musical and creative than classical players? By a certain definition of music that puts creativity and expression first — and formality and precision later — yes.

Do musicians gravitate toward the genres because their minds are suited for them? Or do their minds build up the muscle memory over time? There's evidence to support both.

In the same way our personality profiles predict our music tastes, our dispositions may also predict the genres we choose to play. But once we perform, we exercise the skills that different genres demand, and we can grow into different thinkers. The research is not as robust for rock, hip-hop and EDM musicians, but some evidence indicates the same factors at play. One 2010 Danish study found musicians from "rhythmic" genres like rock, reggae and pop showed more of a predisposition for sensation-seeking and higher susceptibility to boredom than classical musicians. Further research should help to differentiate those personalities and minds and help bring out the defining characteristics of those genres, though it all speaks to the same point: Our genres are only as diverse as the people that make them.