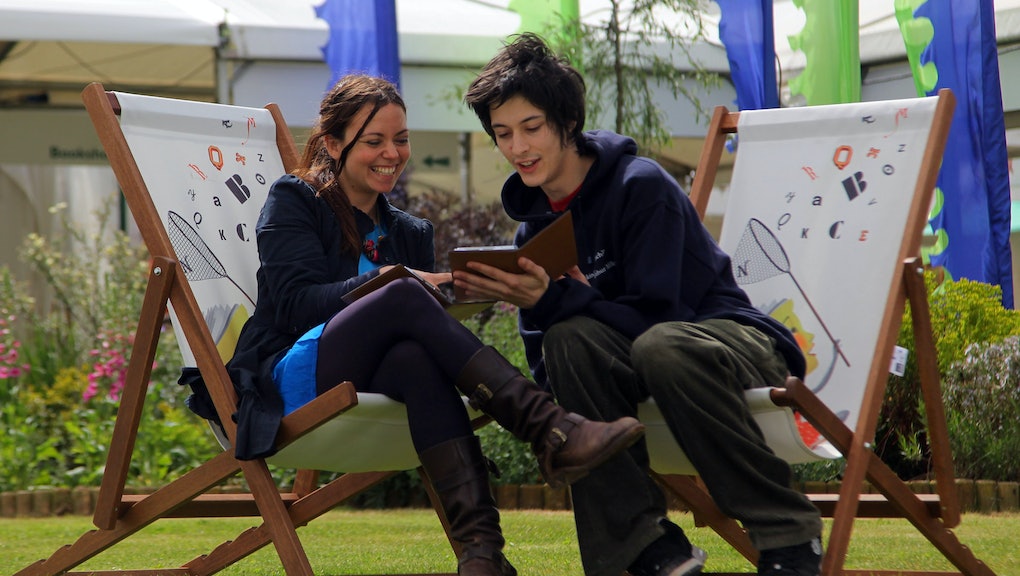 Even after Harry Potter and the Deathly Hallows was published in 2007, Harry Potter's character, as well as Hogwarts and the world of wizardry, have lived on. But this longevity isn't only a result of the intricate characters and their actions in a fantastical setting. It's a result of the people who are inclined to pick up the novels in the first place.

Who are these people? Fiction readers. What's different about them? Their brains.

This is not just a superiority complex — it's science. A growing pool of research shows that reading fiction stimulates the brain and transforms the way we think and act each day.

Reading fiction increases brain activity. Specifically, fantasy stories, such as the Harry Potter series, can provide neural reactions greater than what would occur in the brain when reading other literature, according to a February 2015 study published in PLOS One. Researchers at the Free University of Berlin monitored the brain activity of 23 participants, aged 19 to 31, as they read excerpts from the Harry Potter books.

Pacific Standard reported that the study showed "reading about events so charmingly beyond our everyday life experiences lays the ground of gratifying emotional experiences associated with this literature." According to the study, reading the fictional passages resulted in higher activity taking place in the left amygdala, the region of the brain linked to emotion processing.

Furthermore, a paper published in the Journal of Applied Social Psychology revealed perceptions of stigmatized groups among Italian fifth graders improved after engaging in a six-week course analyzing Harry Potter, as Mic previously reported. Of the three studies the paper examined, each of the researchers attributed reading the novel with being more empathetic toward marginalized groups.

Novels are capable of expanding the mind. Fiction readers say their favorite novels help to not only stimulate but also expand their minds, according to the 2012 Pew Internet and American Life Project, Psychology Today reported. The survey noted that while 42% of college-educated Americans never read another novel after graduating from college, those surveyed who do read novels experience a "life of the mind," meaning they could imagine their lives as protagonists of some of their favorite works.

Fiction readers may even be able to literally put themselves in a character's shoes, allowing them to be more empathetic, according to a 2013 study from Emory University. "The neural changes that we found associated with physical sensation and movement systems suggest that reading a novel can transport you into the body of the protagonist," lead author of the study, Gregory Berns, told the Atlantic. The 21 study participants, all Emory undergraduates, read 30 pages of Robert Harris' Pompeii a night, followed by fMRI scans each morning, and additional scans five days before and after completing the novel.

The research indicated a higher level of connectivity in the left temporal cortex, the region of the brain responsible for language. The connectivity indicated readers may experience "embodied semantics" when reading fiction, which is when the brain creates neural reactions as if the body were actually performing the tasks indicated in those fictional excerpts.

The effects of fiction on your brain continue after you put down the book. The Emory study, published in Brain Connectivity, revealed the implications of reading fiction continue long after reading a novel. What's more, the brain scans from study participants conducted in the following five days after completing Pompeii revealed to researchers that heightened levels of brain activity in the left temporal cortex (the region responsible for language receptivity) persisted each day afterwards.

"It remains an open question how long these neural changes might last," Berns told Emory's science blog, eScienceCommons. "But the fact that we're detecting them over a few days for a randomly assigned novel suggests that your favorite novels could certainly have a bigger and longer-lasting effect on the biology of your brain."

So, to the 42% of college-educated individuals in the United States who may never open up another novel, think again: The effects of fiction on the brain have the potential to change the way you live your entire life.