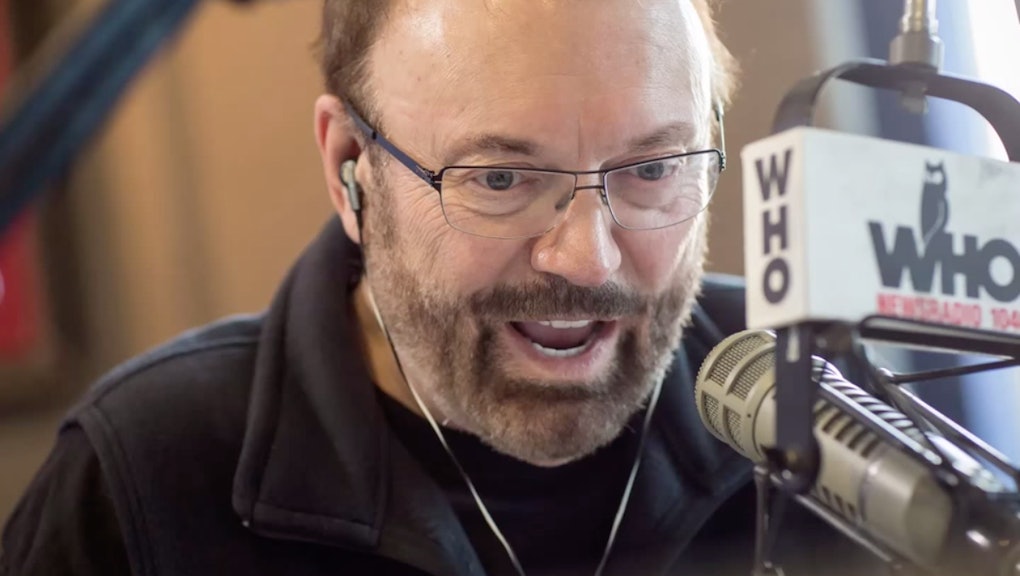 Popular Iowa conservative radio host Jan Mickelson, host of Mickelson in the Morning, said Monday on his show the solution to undocumented immigrants should be turning those individuals into state property, keeping them in encampments and putting them to work.

Rather than deportation, Mickelson said if an individual doesn't leave the country by a given date, the next option should be forced labor.

"And we have a job for you. And we start using compelled labor, the people who are here illegally would therefore be owned by the state and become an asset of the state rather than a liability and we start inventing jobs for them to do," he continued.

"Well, we know what's wrong with slavery," the caller replied.

"Well, apparently we don't," Mickelson said, suggesting U.S. citizens are already slaves to undocumented immigrants. Americans "are indentured to those people [undocumented immigrants] to pay their bills ... maybe it's time to reverse the process. Isn't this a perfectly good time to do that?" he said.

Slavery and involuntary servitude were made illegal in 1865 with the adoption of the 13th Amendment.

This isn't a new sentiment. The notion of Americans being taken advantage of by undocumented immigrants is something that's already circulated among the Republican presidential candidates. Donald Trump's official immigration plan states, "We will not be taken advantage of anymore." Trump, and others, have made arguments for repealing the 14th Amendment, which makes citizenship a birthright.

As immigration becomes an increasingly hot topic, Mickelson's thoughts on the subject are notable — particularly given his reach and influence — because it is swiftly becoming a hot-button issue in the presidential race. Furthermore, Iowa's stance on the subject can have major ramifications on the rest of the country, given it is a caucus state and could therefore be highly influential in selecting presidential candidates.