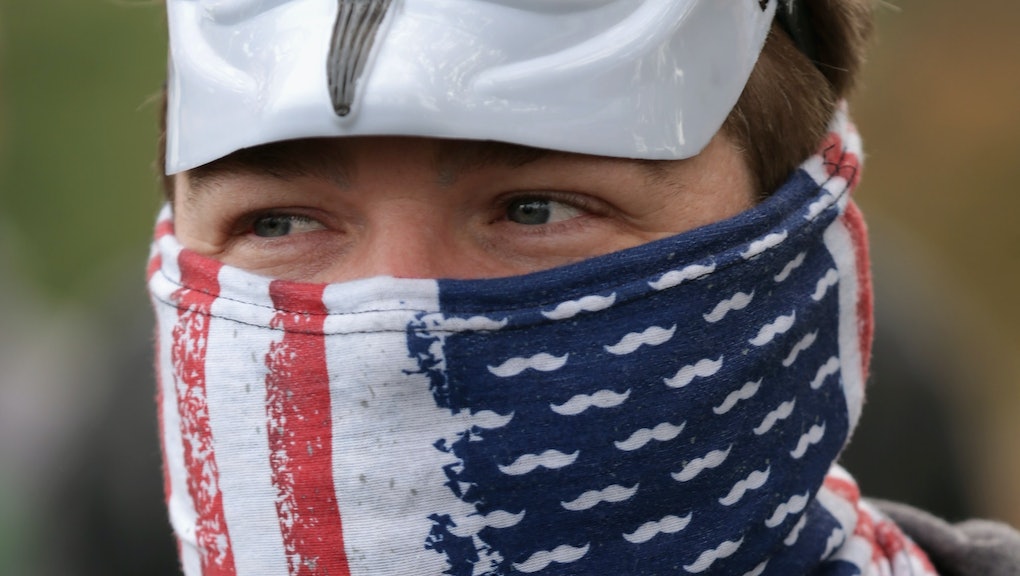 The Ashley Madison hack isn't good for anyone. Not for the legal business that ran the site, not for the families and individuals affected, not for all of us who take part in the media spectacle and not for the cheaters who will go on to cheat as long as sex and humanity are a thing.

The hackers allegedly behind it, a group called the Impact Team, espoused principles of privacy and consumer protection as they leaked millions of email addresses and credit card numbers. They blamed Ashley Madison for failing to protect its users' privacy from... well, people like the Impact Team. Privacy is a noble cause, but these hackers defended it in the most hypocritical and harmful way possible — by targeting individuals, not the corporate empire that abused their trust.

It's nothing new. Nameless, faceless "hacktivist" groups like Anonymous have behaved this way since the dawn of the Internet. They aim to effect social change one cyberattack at a time, but they've failed to make a lasting impact.

This is why: Hacktivism as it stands is insufficient to answer the problems we face, even as society is tied inextricably to digital life. The hacktivists of today are messy hypocrites on the wrong side of history.

The Ashley Madison hackers are full of shit. Buried away in the hacked information is a file called "announcement.png," which looks like this:

The group threatens to leak all customer records — "secret sexual fantasies, nude pictures ... real names and addresses" — and make Ashley Madison's parent company, Avid Life Media, "liable for fraud." What's the Impact Team's message here? Is it that cheaters are bad, so they deserve to be exposed? Or that Avid Life Media promised privacy it couldn't deliver, and so its clients should be punished to save them, in a twisted way, from this company's sloppy user protection?

Whatever it is, anyone gawking at these exposed adulterers don't seem to care, because everyone involved is such a worthy target. We hate cheaters, and we hate people who aid and abet cheaters. Hang 'em all, right?

The truth is that there is no clear, moral objective to the Ashley Madison attack that makes sense. If it is to punish cheaters, why ask Ashley Madison to shut down? If it's to punish Ashley Madison for promising a false sense of security — a position based on valuing privacy — why release people's private information?

Snowden never used anonymity as a shroud, never violated individual privacy and liberty, and leaked only information he had access to.

The hackers of yesterday: Richard Stallman, who was described in Steven Levy's book Hackers: Heroes of the Computer Revolution as "the last true hacker," once said this about the hacker ethos:

The hacker ethic refers to the feelings of right and wrong, to the ethical ideas this community of people had — that knowledge should be shared with other people who can benefit from it, and that important resources should be utilized rather than wasted.

Hacking was an expression of how a measurable system can be gamed to produce better results, especially in systems that had been rigged by the powers that be. Early phone hackers — Steve Jobs and Steve Wozniak were two — used whistles and homemade devices to spoof long-distance calls, ostensibly taking back power from major telecommunication titans.

This attitude, applied to the issues of social justice, could have easily resulted in an alternate history of hacktivism where the past five years of Internet protest helped us expose and address important issues in government, campaign politics and online privacy. Instead, we got Anonymous.

You don't have to follow tech news to have heard of the masked vigilante group of hackers.

Anonymous has become synonymous for hacktivism in the public eye, having written the early playbook for how to terrorize an individual, a corporation or a governmental organization.

But Anonymous' legacy, which has influenced the motives and philosophy of today's hacktivist groups, comprises more trolling and harassment than social action. Former Gawker writer Adrian Chen argues that the group was instrumental in the organized harassment of women and minorities that characterized the early social Web. In the Nation, he wrote a takedown of Anonymous in response to Hacker, Hoaxer, Whistleblower, Spy, a book that largely lionized the movement:

Many early Anonymous "raids" were nothing more than the distributed cyberstalking of young women until they fled the Internet. The trolls, meanwhile, were overwhelmingly white and male, between the ages of 18 and 30, according to Phillips. Consider also that the height of Anonymous' trolling days was the height of the Web 2.0 boom, when the first blogging platforms and early social networks ushered in a flood of less-savvy Internet users who were less likely to be white male geeks.

Anonymous had a brief heyday of anti-government and anti-corporate hit-and-run hacks about four years ago. In most cases, the group accomplished its goals by exposing the personal information of people caught up in organizations the group criticized.

You see the pattern here.

In the last few years, the group's message has been diluted and appropriated for a plethora of videos that show a Wizard of Oz-like operator talking in a computerized voice, stirring the masses to rebel and begging news media to embed. And we do: "Anonymous Declares War on [Insert Name Here]," the headlines proclaim.

Anonymous' strategy is just like "Kony 2012," played out in perpetuity against the backdrop of V for Vendetta's set design. More often than not, these operations don't result in any meaningful action taken. The video below, for example, calls on vengeance against terrorist organizations responsible for the Charlie Hebdo attack. Afterward, Anonymous managed to disable a few websites for a short time. Al Qaeda is alive and well.

Snowden was no hacktivist. Anonymous has been associated with other radical anti-censorship heroes like Edward Snowden and Julian Assange. It's easy to think that Snowden and Anonymous are aligned — major Anonymous figureheads constantly proselytize as if they're the champions of online privacy, and Edward Snowden was, in fact, a cybersecurity specialist. But what he did wasn't an act of hacking, but leaking.

Snowden didn't follow the philosophy of Anonymous or other doxxers, online mobs and hacking teams. Though he controversially fled retribution for his actions, Snowden never used anonymity as a shroud, never violated individual privacy and liberty, and leaked only information he had access to because that access was given to him. His target was a government and its extra-legal use of authority, and his action was to open up that information to people who deserved possession of state secrets, which in a democracy should be an oxymoron.

It ridicules the actions of people like Snowden and Chelsea Manning to let Anonymous claim them as one of its own.

Meanwhile, so many people have glommed onto Anonymous' name and message that it's become meaningless and often ridiculous. Take, for instance, this video where "Anonymous" declares war on Kanye West on behalf of ushering in a new Renaissance Era in art, or something. It has been viewed over 2 million times.

The Anonymous of today is a series of trolling campaigns, false flags and an endless army of teenage boys ranting about techno-libertarianism on Twitter. The miniature movements, hacking groups and lone wolves spun off from its exciting and brief legacy have done little to nothing to move hacktivism forward.

Even in the wake of this Ashley Madison hack, we're forced to consider whether or not anyone really deserved to be exposed for their private information, no matter how salacious.

When someone tries to make a hero out of themselves by violating another person's privacy, that person is an asshole, no matter how much their target "deserved it."

When Gawker published an expose outing an allegedly closeted media executive — a story that 10 years ago would have just been another typical day at Gawker — the backlash was national and extreme, leading to a retraction of the story and multiple resignations. Nick Denton, one of the industry's chief merchants of petty rumors and privacy violations, came out saying that "the media environment has changed, our readers have changed and I have changed."

The tide is turning. Now that we all subscribe to the same set of porous, hackable Web services, we're all forced to put ourselves in the shoes of people we'd be quick to throw under the bus — a historically moral exercise.

This is the only hope we have for hacktivism: The more the current nature of digital activism becomes abhorrent to the American public, the more hacktivists will be forced to pick worthier targets or accept that they're no longer fighting for good.

If anyone out there who fancies themselves a hacktivist is reading this, here's a whole slew of information that would cause real social change: behind-the-scenes campaign finance data, operations information regarding for-profit prisons, illegal lobbying strategies or anything else in the public good.

And to the rest of the readers: When someone tries to make a hero out of themselves by violating another person's privacy, that person is an asshole, no matter how much their target "deserved it."