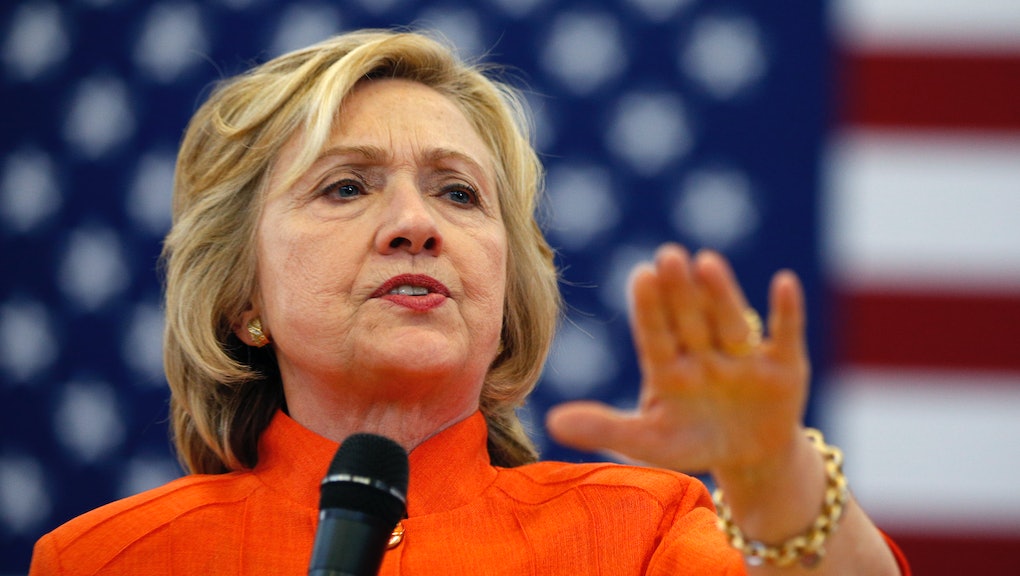 Jeb Bush is supposed to be the reasonable one.

As several Republican presidential hopefuls demand a giant new wall along the Mexican border and mass deportations of undocumented immigrants, the former Florida governor has maintained a relatively sane stance on the issue of immigration reform. This week, Bush has declined to go the way of Donald Trump and others in calling for an end to birthright citizenship — a policy that would require amending the Constitution — and has stuck to his program calling for stricter enforcement and establishing a path for earned legal status.

But Bush has proven unable to skirt controversy on the issue, and is currently under fire from Democrats over his use of the term "anchor babies." The term refers to a scenario in which an undocumented immigrant deliberately aims to give birth to a child in the United States in hopes that the child's automatic citizenship status will help its family members secure legal status as well. That phenomenon is largely a myth, but Bush has cited it as a concern.

On Thursday, Bush was asked by reporters on whether he regretted his recent use of the inflammatory term.

"I don't," Bush answered, according to the Huffington Post. "Do you have a better term? ... You give me a better term and I'll use it."

Clinton has sought to paint Bush's use of the term as symptomatic of a callous worldview and part of a policy platform more conservative than it purports to be.

Clinton's attack: On Wednesday, Clinton's campaign put together a brief video on YouTube comparing audio clips of Trump and Bush both using the term "anchor baby," and concludes by asking "Who's the 'reasonable one' again?"

A significant part of the liberal approach toward the immigration debate has been about language. While Republican candidates frequently use terms like "illegals" to refer to undocumented immigrants, Democratic candidates tend to use the term "undocumented." "Anchor baby" has now also resurfaced in the language wars, and is likely to become another term that progressives declare a clear sign of hostility toward immigrants. While some conservatives say that the terms "illegals" and "anchor baby" are accurate, liberals contend that they dehumanize the people they characterize and aren't appropriate for a nation descended from immigrants.

The battle over terminology reveals a deeper assumption about the immigration debate: that empathy — or lack thereof — is what really drives people's stances on allowing undocumented immigrants to remain in the country.

Bush is considered by the Republican establishment to be one of the party's best shots at threading the needle. As a man who speaks more Spanish than English at home with his Mexican immigrant wife, and someone who favors an earned path to legal status for people in the country illegally, he appears more open-hearted than many of his peers. But he also talks tough on enforcement, and has plenty of knowledge of the technical know-how on how to do it (in fact, he wrote a book on it). But it's a tough line to walk, and it's clear the Democrats aim to force him to risk separating himself from the GOP pack too far or be branded as a typical conservative.