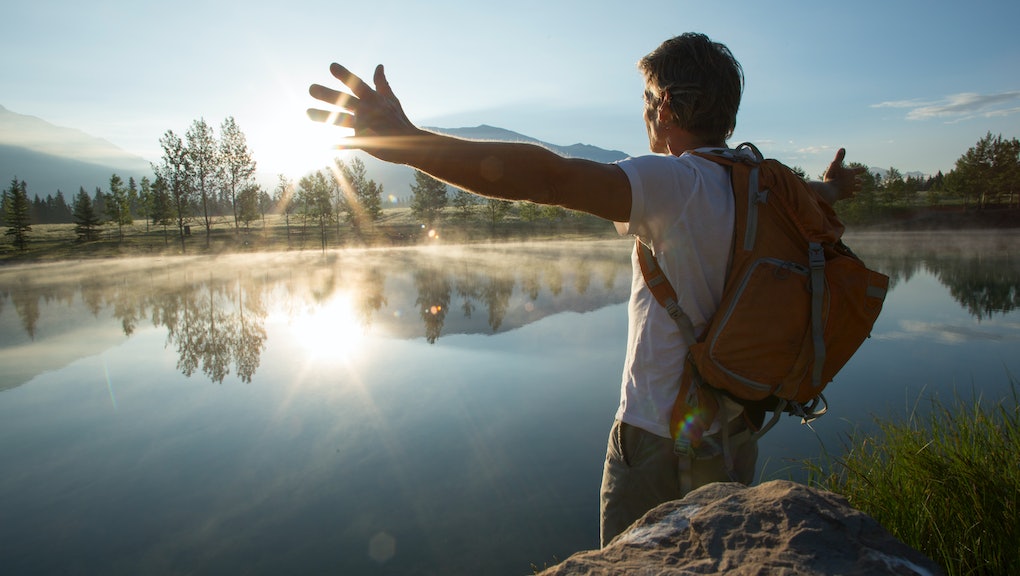 Science Confirms That Traveling Alone Is the F***ing Best

New research from Australia confirms what many of us have already figured out for ourselves: Traveling alone is awesome. More specifically, solo travel can lead to "personal feelings of freedom, relaxation and discovery."

The study: Constanza Bianchi, a professor from Queensland University of Technology's Business School, surveyed an intimate sample of 24 participants who had all recently traveled alone for an average vacation time of nine days. Her findings, published in the International Journal of Tourism Research, offer a bit of insight into why solo travel in Australia grew by nearly 20% from 2007 to 2011.

"Most participants admitted that although they have family and friends, they chose to travel alone because they enjoyed it," Bianchi wrote in the study. "It was a chance to indulge themselves fully." Other motivations for taking trips alone included making planning easier, as well as an unwillingness to defer to other people's preferences.

While such motivations may suggest that people are traveling alone for purely selfish reasons, Bianchi found that the outcome of a solo trip can wind up having much more meaning than that.

No wonder solo travel-cum-self-discovery memoirs like Elizabeth Gilbert's Eat, Pray, Love and Cheryl Strayed's Wild have been so successful.

Solo travel "helps you get a better sense of how you function as a human." While Bianchi's study had an admittedly small sample size, this isn't the first study that's been done about the benefits of riding solo. A 2005 survey by travel publisher Fodor's found that 40% of Americans had traveled alone for pleasure. Subsequent data from the Travel Channel also determined that 32 million American women traveled alone in 2007.

"It helps you get a better sense of how you function as a human," Shonda*, a 23-year-old woman who recently took an extended solitary vacation, told Mic. "You're in this completely new environment, and you're by yourself, and you have to create your own parameters. I got a really good idea of what I like to do with my time. ... I think everyone should do it at some point."

"I went to Florida alone, and it was ideal," he told Mic. In addition to the freedom of not having to coordinate with others, he found it relaxing to briefly take a vacation from his social obligations. "It gave me a chance to really lay back and not think about the stresses of home life, because I wasn't connected to anyone from it," he said.

So when it comes time to plan your next adventure, don't feel any shame in making a reservation for one. You might not live in the desert or have sex with Javier Bardem, but it might just be the perfect way to find the relaxation you're looking for.