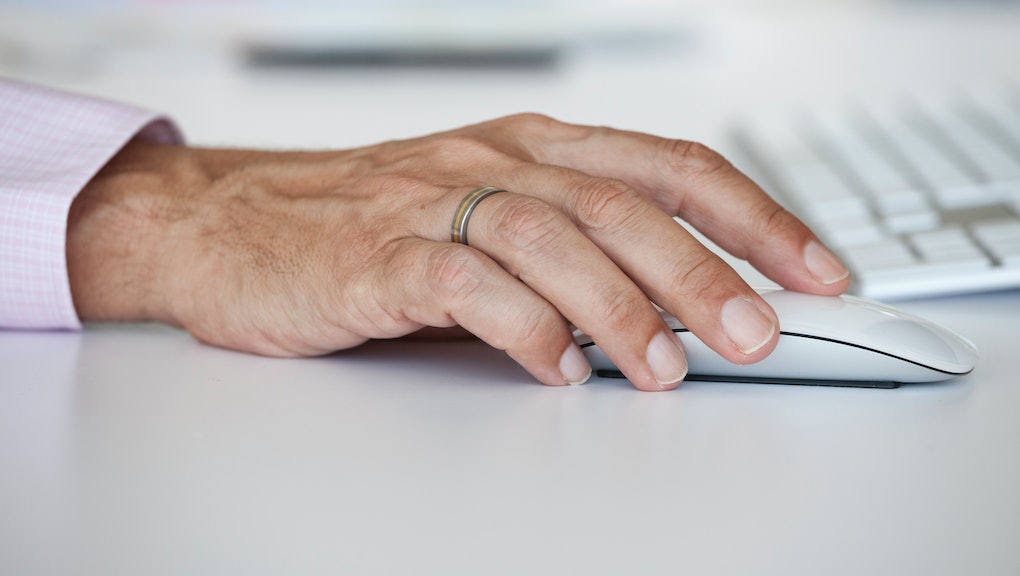 What Happens When You Find Your Parents on Ashley Madison

On Thursday morning, my friend Steph sent me a private message saying she had searched for her parents on Ashley Madison.

"My mom was on there," she said. "I imagine she signed up out of curiosity, but it's just... weird."

At first, Steph had typed both of her parents' email addresses into the search bar, never anticipating either one would show up in the results. She was just being nosy.

"I searched because I'm curious and I couldn't resist," Steph said. "I felt kind of gross and icky, but then again I know my parents don't have a conventional marriage. I imagine, knowing my mom, she just signed up out of curiosity, but either way, it's her life. If that's something she wants to do, it's none of my business.

"And," she added, "it probably should have stayed that way."

Why search for things we don't want to find? Steph wasn't the only person to search for her parents' names after Ashley Madison user data was released on the Internet earlier this week. One of my colleagues tweeted about searching for his father's information, which turned up nothing. When I talked to friends about it, the reason seemed to be sheer curiosity, even if they had no idea how they would respond should their parents' information actually show up.

"I put every single one of my dad's email addresses to see if anything would come up," Chris, 22, told Mic. "My mom and dad have been together for over 35 years, and they're easily one of the happiest couples I know. Still, nobody is perfect, and this gave me an opportunity to see whether or not my dad had any skeletons in his closet that he would never tell me about simply because I'm his son."

Charlotte*, 24, told Mic she searched out of concern for both of her parents.

"I think it's normal and natural not to be able to maintain lifelong monogamy," she said. "I think it's shameful to be deceptive about it and hurt people, but I don't think it's inherently shameful to cheat. I know my parents conflate those two things, and I don't want either of them to have to experience the shame of being a cheater or being cheated on."

But in the event that anyone searches for their parents' email addresses and it shows up in the database, it raises two questions: 1) Why do we care so much about our parents' private sex lives in the first place? And 2) What the hell are we supposed to do next?

There's no good answer to this question. When I asked Steph what she was going to do about her mom, she had a clear plan.

"I don't plan to bring it up with her," she said. "I don't want to make her uncomfortable. It's already a breach of privacy that I searched for her."

Others haven't been so sure. One Redditor reached out to /r/Advice/ to ask for tips after finding their dad's email address in the Ashley Madison database, expressing desire to take action in case the father's credit card information had also been leaked.

"I'm afraid to bring this topic up as I know there will be extreme consequences," throwaway94903343 wrote. "I would not even like to think about the shit that could potentially happen if I were to bring this up to my father or anyone in my family. ... I am the type of person who is brutally honest about things, but in instances like this, I'm balling up into a shell and I have nowhere to go." (Mic reached out to the Redditor for comment, and will update if we hear back.)

Not knowing what to do, however, might actually be a good sign. It means seeing the situation in all its complexity. It also means seeing one's parents with all their flaws.

This is what growing up feels like. The people who looked for their parents on Ashley Madison might have had different expectations when they pulled up the search bar, but the real reasons they checked are ultimately the same. They've started to understand that their parents are real people, with real sexual desires.

We tend to refuse to acknowledge that our parents are human, and that as such they have human impulses. Those impulses are both good and bad, and they might include infidelity.

While we might not want to think about our parents having sex with other people (or even having sex at all), starting to consider our parents' imperfections is part of becoming an adult. It's something we're all confronted with at some point, whether it shows up as hacked data or not.

"Even though nothing showed up, it was a really humanizing moment," Chris said. "It took a bit for the site to load its zero results, and I started to fear that my dad — the man I looked up to, the guy with the perfect lifelong relationship and the only reason I believe in marriage — may have his own demons, too."

"There's a part of me that feels, like, y'know, go get it if you want it," Steph said of her mom. "I signed up for Tinder even though I have a boyfriend, so I can see it being the kind of thing you just do to check out if you're a curious person.

"But maybe that's just validation, or justification," she added. "Either way, I'm not saying a word."