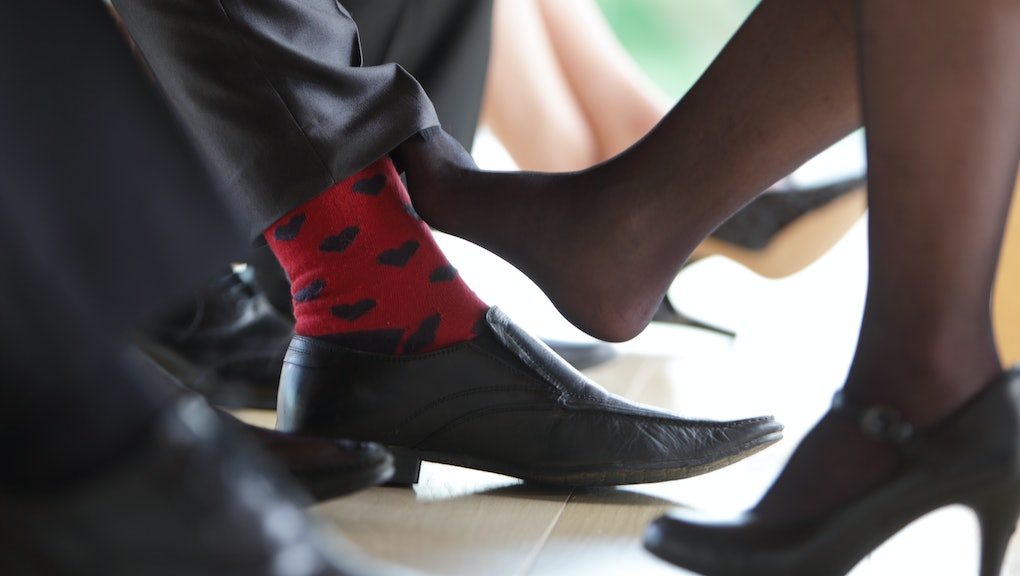 Which part of the United States has the highest proportion of Ashley Madison customers? Thanks to data released after the massive hack of the website used to arrange illicit affairs, we now know.

The answer shouldn't surprise anyone who's seen House of Cards:

The nation's capital had a higher proportion of paying users than any state in the U.S. in the month of June, according to an analysis of the data. Here's a breakdown of where the rest of the country shakes out:

How we put it together: The Ashley Madison document dump includes an enormous amount of data, including an archive of separate spreadsheets for every day since March 21, 2008. Each spreadsheet includes information about payments processed on that day: the last four digits of the credit card that was used, the customer's name, email address, street address, city, country and more. (Gawker used the same set of files to reveal that ex-reality show star Josh Duggar was a paying customer for more than two years.)

To determine where Ashley Madison's users came from in the U.S., we first combined every file from June 2015 to get a complete list of transactions for the entire month, totaling 158,331 in all. We then filtered that list to look at only users in the U.S., and removed any duplicate names so that each customer only appeared once (many users made multiple transactions over the course of the month, and thus appeared multiple times). This left us with a list of 41,152 people in the U.S. who made payments to Ashley Madison in June.

Finally, we calculated the number of paying customers in each of the 50 states and the District of Columbia, and used census data of each state's adult population to determine the per capita number of users. This gave us a better sense of how well each location is represented, rather than using the total number of users per state. New Hampshire, for instance, has 215 users and a population of 1,059,672, for a ratio of 2.0 customers per 10,000 residents. California has many more users — 5,400 — but a much larger population, so its ratio is a lower 1.8 user per 10,000 residents.

Here's an interactive map with the numbers from each state. Mouse over each one to see its ratio of Ashley Madison users:

The takeaways: Following D.C., the next six states with the most users per capita are all blue states: Connecticut, New Jersey, Colorado, Massachusetts, New York and New Hampshire. Arkansas is the first red state in our list, followed by Texas and Virginia.

The states with the fewest number of users? West Virginia, Mississippi and Arkansas. The low user rates in these states is likely best explained by their poor internet access — only 57% of Mississippi residents had broadband internet access at home in 2013.

You can find an anonymized breakdown of the numbers we used to calculate this here.