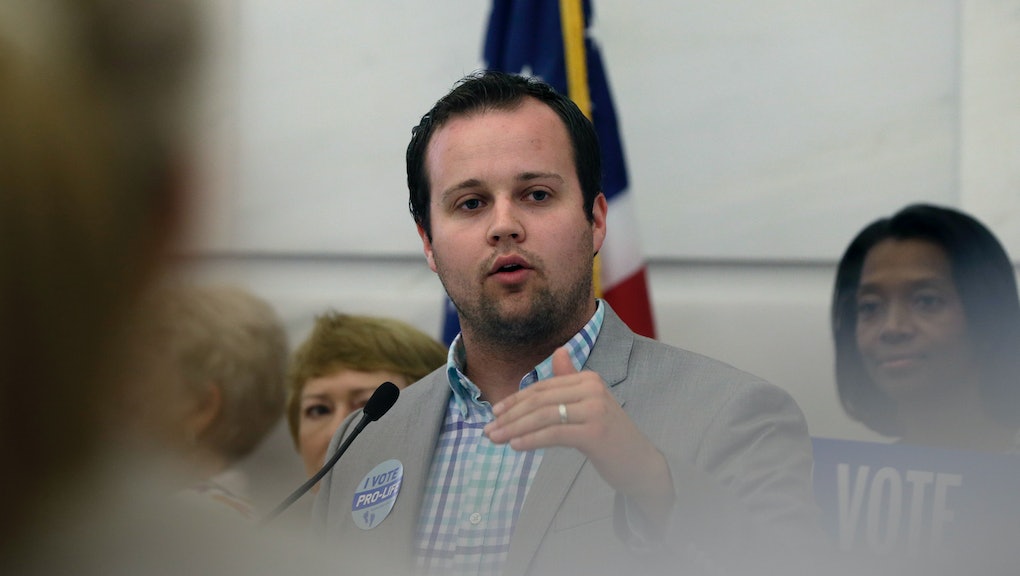 Josh Duggar Issues Apology After Ashley Madison Hack: "I Have Been Biggest Hypocrite Ever"

On Thursday, former reality star and Family Research Council executive Josh Duggar issued, then removed, a statement after revelations emerged Wednesday he had apparently maintained an account on the website Ashley Madison. The Canadian company that facilitates consensual adultery was the subject of a hack in July that led to millions of users' private data being released.

Mic was able to access a cached version of the statement after it was removed from the Duggar website.

"I have been the biggest hypocrite ever," Duggar said in a statement also signed by parents, Jim Bob and Michelle Duggar. "While espousing faith and family values, I have secretly over the last several years been viewing pornography on the internet and this became a secret addiction and I became unfaithful to my wife."

An OkCupid account suspected to have belonged to Duggar indicated a strong desire for both immediate and casual sex. That account was deactivated on Thursday morning.

In his statement, Duggar expressed regret about the people he had hurt both in the most recent controversy and in a previous incident where he reportedly molested a number of women, including some of his sisters, several years ago.

"As I am learning the hard way, we have the freedom to choose to our actions, but we do not get to choose our consequences. I deeply regret all hurt I have caused so many by being such a bad example."

I have been the biggest hypocrite ever. While espousing faith and family values, I have secretly over the last several years been viewing pornography on the internet and this became a secret addiction and I became unfaithful to my wife.

In July TLC pulled the plug on Duggar and his family's high-rated signature show, 19 Kids and Counting. The network does plan to bring the family back for a one-hour special about child sexual abuse, which will air Aug. 30.