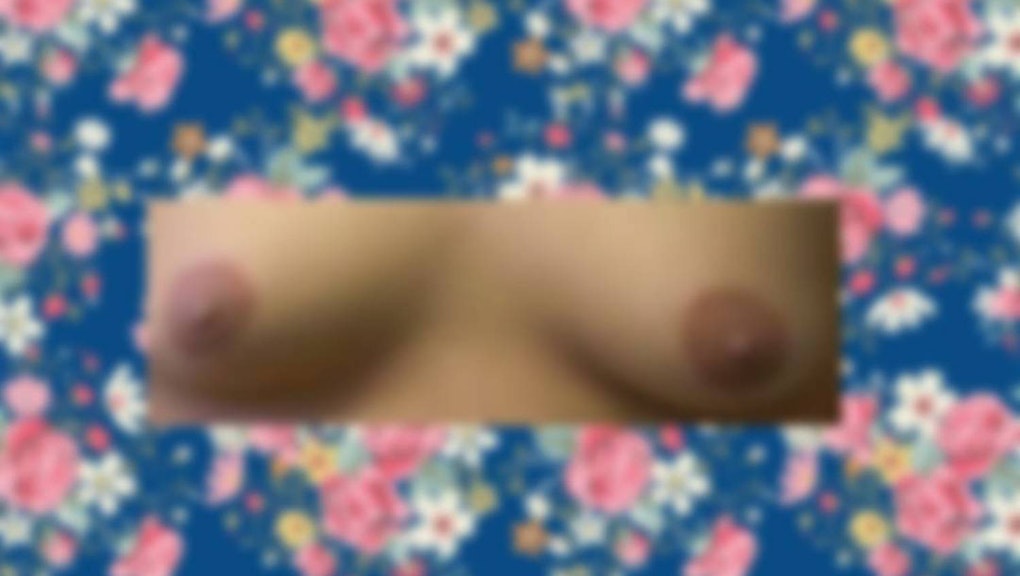 On Tuesday, Instagram user James Shamsi decided to protest Instagram's gender-biased nudity policy, which only permits male nipples in photos, by posting a picture of a man's chest that closely resembled a woman's. Sure enough, Instagram removed the photograph.

But, after Shamsi contacted Instagram to explain it was, in fact, a cropped picture of male nipples — and he was doing it to make a point — Instagram reinstated it with no additional information, the Daily Dot reported. "#Facepalm," he wrote in a post afterward.

Shamsi began the experiment by casting out a plea to his Facebook friends, asking them to report the photo he posted of some nipples that, though they belonged to a man, looked like they could be a woman's. In his Facebook post, Shamsi clearly explained his motivation of campaigning for gender equality on social media through the #FreeTheNipple movement.

"I need you guys to go and report it, then, once it's taken down I'll be disputing it with Instagram by showing them the original," Shamsi wrote. "Given it was actually a male chest that's actually 'allowed' it'll be interesting to see what happens."

"I saw a lot of posts recently about #FreeTheNipple by friends, so I started looking into it just this week," Shamsi wrote in an email to the Daily Dot. "Soon enough I realized Instagram's (and [society's]) policies are still a little archaic when it comes to the perception of the human chest. So, I wanted to see for myself and prove to Instagram just how silly their policies are."

Let's get creative. Shamsi is far from the first person to make this point.

Plenty of Instagram users — from celebrities, to artists, to regular Janes — have found creative and bold ways of protesting the social media's gender-biased community guidelines. "We don't allow nudity on Instagram. This includes photos, videos, and some digitally-created content that show sexual intercourse, genitals, and close-ups of fully-nude buttocks. It also includes some photos of female nipples," the site writes in its rules.

Supermodel Chrissy Teigen defied this rule in June when she posted multiple versions of the same photo that showed one of her nipples was exposed. As Instagram removed each post, Teigen uploaded a new version, some with different filters that made them look like drawings and paintings, perhaps a poke at Instagram's arbitrary exception: "Nudity in photos of paintings and sculptures is OK." Nevertheless, the photos came down.

Miley Cyrus has also posted multiple topless photos of herself on the social media site, only to have them removed almost every time (though she once snuck her way around the rule by posting a picture where her nipple was barely discernible). She posted the following photo in December, accompanied by the caption, "Some lame a** deff gonna (flag) dat (s***) but f********k it #practicewhatchupreach #FreeTheNipple #freedats***."

And in June 2014, artist Micol Hebron began a campaign of pasting male nipples over female nipples in topless photos of women posted to Instagram. This summer, women across the photo-sharing platform started posted pictures of themselves with their breasts exposed and male nipples edited onto them.

As Shamsi said in his defiant post, "Hopefully this goes some way in highlighting nipple inequality."