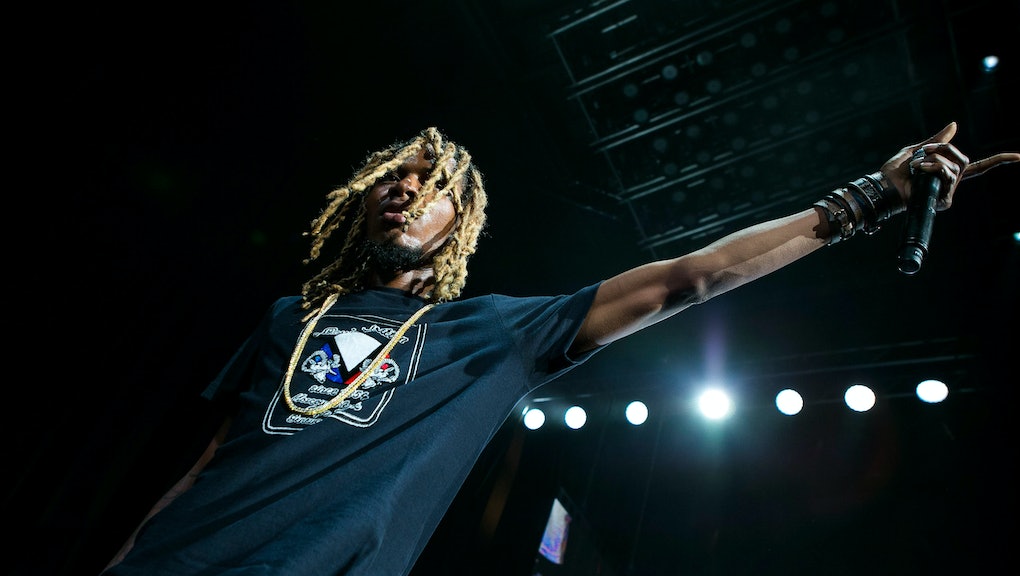 He has yet to release a full album, but Billboard's Hot Rap Songs charts belong to him. The New Jersey newcomer has four singles concurrently charting in the Top 10.

Few other artists have come close. TI, 50 Cent, Lil Wayne, Drake, 2 Chainz and Eminem only started working the charts once their careers were already well-established, according to Billboard. Fetty Wap's four hits are the first four tracks he's released on a wide scale. No other rapper has enjoyed such an explosive beginning to their career.

Fetty Wap may be the genre's next huge tastemaker.

The hits just keep coming. Fetty Wap's "Again," which debuted earlier this week, rounded out his four-song victory. It puts another weird but undeniably catchy hook front and center, though it's cleaner and more inventive than his other singles.

The inescapable "Trap Queen," which has been on the charts for 15 weeks, "My Way" and "679" are still going strong.

But the question remains: Will Fetty Wap be able to keep up the momentum? He built up this radio empire from a street corner hustle, and it's not showing any signs of slowing.

"Nothing but greatness is coming from this for me," he told the Boombox back in February. "I tell everybody ["Trap Queen"] isn't even my best song. This is just the breakout for Fetty Wap. There's going to be a lot more coming."

His debut album, still untitled but coming Sept. 25, will hopefully continue his reign.