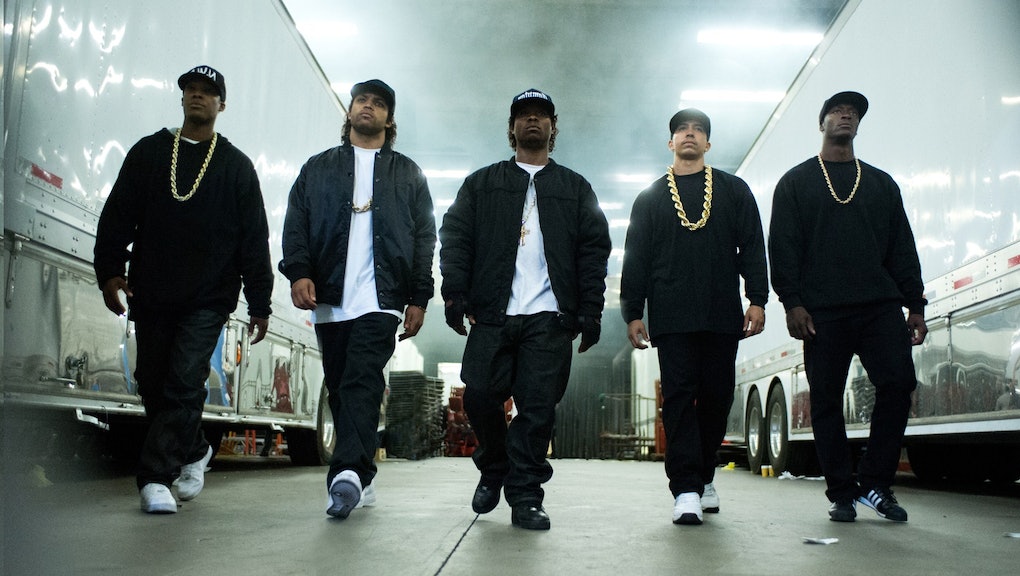 Considering the tremendous box office success of Straight Outta Compton, it's easy to imagine Universal Pictures is thirsty to greenlight a sequel. But how do you continue a story that, for all intents and purposes, has a clear beginning and end?

Answer: You don't. You tell a different one.

Rapper Daz Dillinger reportedly told TMZ a Compton follow-up is in the works featuring Tha Dogg Pound and following the stories of Dillinger, Snoop Dogg, Tupac and other artists. The film, Dogg Pound 4 Life, would allegedly be connected by their West Coast rap scene and some characters, not by actors — those who played Dr. Dre, Ice Cube and other characters in Straight Outta Compton would be replaced, according to TMZ.

These are just reports for now, and even if there is such a project in development, it's still early days. But there's little reason Universal wouldn't want to explore a Straight Outta Compton sequel, even a spiritual one. To not consider it would be leaving money on the table.

Straight Outta Compton has been an unqualified box office success, making $80 million in a week and smashing the record for a musical biopic's best opening weekend. It's expected to win its second weekend at the box office, too. It is a runaway hit that proves, once again, diversity sells at the box office.

Still, there are concerns that would need to be addressed before Dogg Pound 4 Life or another sequel hit development. Straight Outta Compton has been rightfully raked across the coals for treating its women poorly — when it includes them at all. Former Pump It Up! host Dee Barnes directly charged director F. Gary Gray on Gawker for leaving out Dre's brutal assault of her.

"F. Gary Gray, the man whose film made $60 million last weekend as it erased my attack from history, was also behind the camera to film the moment that launched that very attack," Barnes said.

'Straight Outta Compton' has been an unqualified box office success, but there are concerns with its treatment that would need to be addressed while producing a sequel.

The TMZ report indicates something intriguing, though: "Daz says the follow-up also won't whitewash gang violence and its impact on the rap industry." Should that come to pass, it would be a strong response to the claims of Straight Outta Compton sanctifying its characters. In that way, it would probably make for an even better movie.

We'll see if Dillinger and TMZ turn out to be correct, but no matter what, Straight Outta Compton will certainly get a second act of some kind. It would be too clueless a move to do otherwise, even for Hollywood.