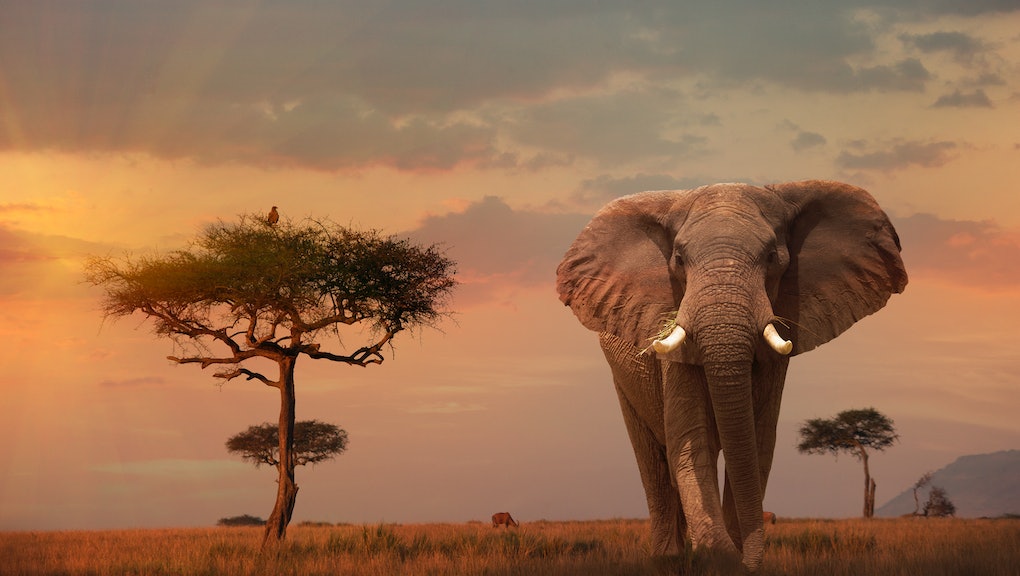 Here's How Dramatically Elephant, Rhino and Tiger Populations Have Been Dropping

When Zimbabwe's Cecil the lion was killed in July during an illegal hunt by American dentist Walter Palmer, worldwide outrage was stirred in a way rarely seen for any living creature, man or beast. While some questioned whether the reaction was unwarranted, or whether worldwide indignation was better focused elsewhere, others asserted the death was the tip of the iceberg in a much larger problem.

And they were right.

Wildlife in Africa — and on Earth — is disappearing. While it's not all poaching — habitat loss plays a role as well — one chart shows toll the illegal killing has taken on the rhinoceros population in 2014. The data was equally grim for elephants and tigers.

In the Internet frenzy surrounding Cecil's death, comparatively few people remember five endangered Kenyan elephants were poached. As with the thousands of others that have preceded them in recent years, they were killed for their tusks, which were destined for traditional medicine black markets in Asia.

At the beginning of the 20th century, elephant populations in Africa were estimated to be 10 million. Today, even the most optimistic figures place their numbers at less than a tenth that figure. The University of Washington's Center for Conservation Biology estimates we lose 50,000 annually.

When it comes to elephant protection, human measures have been largely secondary in a struggle defined by geography. According to Kathleen Garrigan, media relations manager for the African Wildlife Foundation, easy access to the sea can spell the difference between successful conservation efforts and a killing field.

"Botswana is landlocked. It doesn't have a port. It's much more difficult to traffic that out of the country," Garrigan told Mic, adding elephant numbers there, and in neighboring Zimbabwe, were stable or increasing.

The story is almost exactly reversed in Tanzania, where once large elephant populations have experienced precipitous declines. "Part of the reason Tanzania has been hit hard is that they have a major port. Ivory, once taken out of an elephant, can be easily trafficked and taken out of the country and taken overseas," Garrigan said. It "made Tanzania one of Africa's killing fields as regards to elephants."

Today, Rhinos around the world face extinction because of an innocuous protein called keratin. The same substance that makes up human fingernails is also the primary component of rhino horns. Unlike their human equivalents, however, the horns are highly prized in Asian traditional medicine markets as cures to everything from cancer to hangovers. Very much like their human equivalents, however, there is no scientific evidence horns can do any of this.

From populations that were once 500,000 at the start of the 20th century, the global number of rhinos has fallen to under 29,000. Roughly 80% of the world's rhinos live in South Africa, which reported 1,215 of them poached in 2014. Kenya and Namibia saw 35 and 24, respectively, poached as well, according to information provided to Mic by the African Wildlife Foundation.

Despite being instantly recognizable thanks to Disney and Las Vegas, there aren't many tigers left anymore. The World Wildlife Fund estimates 3,200 remain in the world today. Some of the largest groups among that meager population live in India, which saw 65 killed in 2014 — or about 2% of the global population. Like the other animals on this list, tiger parts are also used in Asian traditional medicine. (The penis for example, is widely considered an aphrodisiac in China). In many cases, however, the animal is killed as a result of habitat loss and human conflict.

"These animals needs large spaces to survive and thrive and increasingly those spaces are shrinking," said Garrigan. "Wildlife extends... where they no longer have the protection of rangers and local authorities."