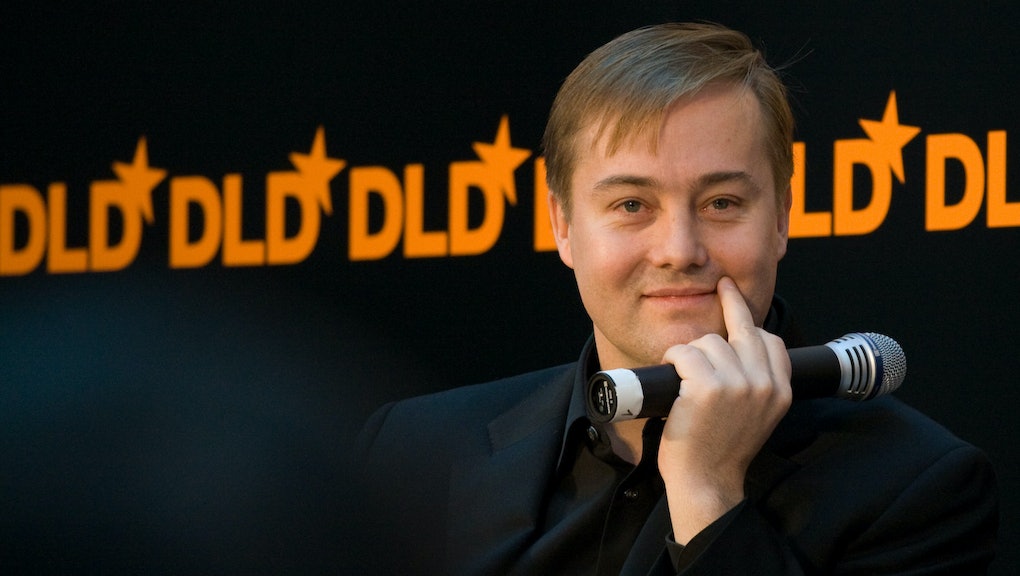 Gone are the '00s days of nimble startups with equal chances of success. Incumbencies have set in and the Wild West boomtown has become an Emerald City of robber barons and oligarchs justifying their IPOs and looking for new and creative ways to violate your privacy — to paint that yellow brick road a brighter shade of gold.

Here's what Silicon Valley has had to say over the past few years about those of us (the homeless population of San Francisco, the "social justice warriors," the government) who stand in the way of their disruptive innovation.

1. The Valley is "overrun by crazy, homeless, drug dealers, dropouts and trash."

Some of the quotes ahead reveal a deeply held belief in a nuanced way: They take a moment to recognize the audacity and callousness of prevailing attitudes in the industry. But sometimes, contempt for the poor or afflicted identifies itself gladly.

Take former Angelhack CEO Greg Gopman, who took to Facebook to rant about how San Francisco is "overrun by crazy, homeless, drug dealers, dropouts, and trash," as opposed to startup bros like Florida-native Gopman.

"You can preach compassion, equality, and be the biggest lover in the world, but there is an area of town for degenerates and an area of town for the working class. There is nothing positive gained from having them so close to us. It's a burden and a liability having them so close to us. Believe me, if they added the smallest iota of value I'd consider thinking different, but the crazy toothless lady who kicks everyone that gets too close to her cardboard box hasn't made anyone's life better in a while."

He was later sued for abusing company funds and being a toxic influence on his company. He now calls this quote "the stupidest thing I ever did."

2. "Build an opt-in society, ultimately outside the U.S., run by technology."

To call tech elites Ayn Rand fetishists would usually be stepping a smidge too far. But sometimes, they go full in on their Atlas Shrugged fantasies of techno-utopias where big bad government can't come along and do things like "regulate" them. They'd be better off without all of us plebeians.

In 2013, Balaji Srinivasan laid out a vision to a crowd of budding and admiring entrepreneurs. A vision of a world where Silicon Valley's wealthiest could live apart from all of us normals without rules, laws or any of that useless shit.

Uber has careened dangerously on the road to becoming a transportation titan, slamming into other companies as it goes and failing to protect employees and passengers along for the ride.

What does the Internet's most-hated conservative journalist have to say about all that?

For some context, this tweet from Johnson is about how Uber set off a nationwide scandal by threatening to stalk and harass journalists who wrote unfavorably about the company.

And to be more clear, the guy that Uber CEO Travis Kalanick jokes about hiring here is a virulent racist troll who may or may not have impersonated trusted journalists in order to reveal and expose the identities of possible rape victims.

Bad look from a company that makes regular headlines about sexual assault in its vehicles.

4. The government should just shut down because it "doesn't matter."

When the government of the United States shut down in October 2013, it was a humiliating moment that highlighted the dire state of partisan politics.

Or, as millionaire tech investor Chamath Palihapitiya would put it, total proof that we should just do away with all of this power-of-the-electorate bullshit and hand it over to corporate America:

[T]he functional value of the government is effectively discounted to zero. Companies are transcending power now. We are becoming the eminent vehicles for change and influence, and capital structures that matter. If companies shut down, the stock market would collapse. If the government shuts down, nothing happens and we all move on, because it just doesn't matter. Stasis in the government is actually good for all of us.

And who was Palihapitiya speaking to in that interview? This guy...

Silicon Valley has a problem with race and gender. Lately, companies like Google and Facebook are implementing programs to help employees realize their subconscious biases, while opening the door for women and minorities to become a bigger part of their operations.

But a huge swath of the tech industry is still stuck in the age of reverse-racism denialism that prefers color-blindness to solutions. Jason Calacanis, a prolific investor who's thrown early cash into startups like Uber and Evernote, had this to say about white "privilidge" [sic].

Calacanis, the Donald Trump of the tech world, is used to theatrics — and appropriating rap culture and vernacular to make his points — but clearly acknowledges there are barriers to absolute success in Silicon Valley, right? Also, that those barriers don't apply evenly to every player, just like in many other industries?

Oh. Right then. Tech has no race problem.

Marc Andreessen is one of the greatest technological luminaries of our time. Hell, he basically invented the Internet as we know and experience it. But he's so sick of those poor people not being grateful for all of the precious gifts he's bestowed upon us from on high.

And so begins a tweetstorm that ends with this gem:

Yes, time and again throughout history, the poor have been exposed to better commodities and luxuries as technology improves — a rising tide lifts all boats, after all — long before Silicon Valley came along. But now that there's a steep rise in income inequality in America, all of this wealth and capital is flowing into fewer hands.

It was Facebook's initial motto — "Move fast and break things" — that has inspired a generation of young coders to take on the hacker ethos. Which, when inspiring a generation of entrepreneurs, is great.

For a small startup entering a new space and carving out a better frontier, this can be a strong credo to paint on the side of their wagon on their way to the future. It says: We're here to rapidly change the world and tear down clunky old ways in the process.

But Facebook, like other companies raised and fed on these ideals, has grown from a little dorm puppy into an international Cerberus. And now that Facebook is trying to absolve the Internet into its gelatinous expanding blob of social advertising, it's not cute anymore.

After all, what are these tech giants — Facebook, Google, Uber, Tinder and Snapchat — trying to disrupt exactly? Public services?

8. "Workplaces designed for underachievers to feel good about themselves."

Amazon.com is building a retail empire. And according to an enormous exposé the New York Times published earlier this month, employees are operating within a corporate cult that crushes morale and restricts opportunity if you take the time to, say, lose a pregnancy, get cancer or care for sick relatives.

Let's bring Marc Andreessen back. What does he have to say about this?

This is a response to a quote from the exposé from an Amazon employee that said, "Amazon is where overachievers go to feel bad about themselves." Andreessen ridicules a company that would dare sacrifice productivity and innovation for the well-being of the workers who make that innovation possible.

Then, he mocked the tech press for criticizing office perks:

Will nothing make us lousy journalists happy?

This is what we call a straw-man argument, one that doesn't allow for the possibility that those two things are both true. Andreessen would go on to explain that he's met like, at least a few dozen Amazon employees, and they seem totally happy.

So shut up and stop criticizing. Speaking of which...

The following is a conversation between a PR employee who represents tech companies (and later was hired as a reporter for TechCrunch) and a TechCrunch writer who sold out to a tech firm:

Appropriately, dozens of people settled in to call these guys idiots. After all, the criticism doesn't hold up for any other journalistic beat. Finance reporters are not also hedge fund managers, and political reporters don't typically hold the position of president of the United States. In fact, to have someone work in the industry they cover could cause conflicts of interest.

Can we find anybody in tech journalism who matches that description?

What these guys aren't saying is that they wish people were more experienced. They're arguing that, if journalists were simply in their shoes, we wouldn't criticize them because we'd be more sympathetic to their daily struggle.

Message received: We'll just stand back. As long as Silicon Valley is making money, we should assume it's producing things of such historical good that it's beyond critique. The ends justify the means.

Sorry to criticize. You got this.