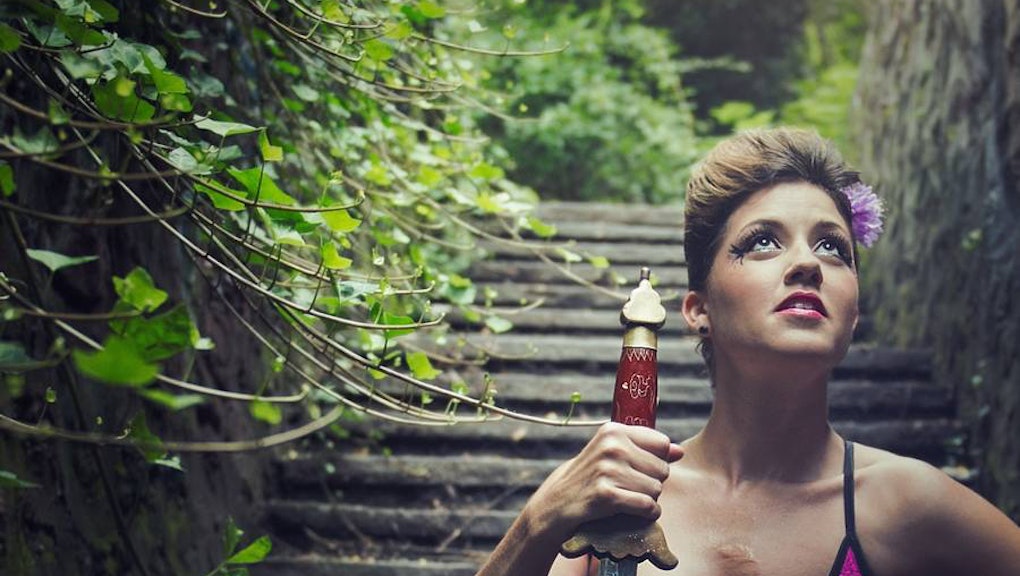 Finding a bra is difficult enough.

Women worry about the right sizing, the fit of the cup and the style of the straps — not to mention whether it comes in the right shade of "nude." That's more than enough frustrations for any woman who's simply looking for a bra to wear under her favorite T-shirt.

Matters get more complicated for women who've had a mastectomy, are nursing or are merely in need of an in-between size bra. For those women, shopping for lingerie at mass retailers is often out of the question since the bras they need are difficult to find.

If lingerie stores served bras to fit the bodies of all women and not just those who fall into the typical slender bodies often shown in bra commercials, they would include the following:

In 2013, a 27-year-old woman started a Change.org petition asking Victoria's Secret to sell bras for women who've had a mastectomy. After seriously considering the issue, the company released a statement explaining their decision to not sell the bras:

"Through our research, we have learned that fitting and selling mastectomy bras in the right way ... a way that is beneficial to women is complicated and truly a science. As a result, we believe that the best way for us to make an impact for our customers is to continue funding cancer research," Victoria's Secret said in the statement.

"I got to thinking about how my mom has to drive an hour and a half to a specialty store just to buy a bra," Allana Maiden, who started the petition, told CBS News. "There's really something we should do to make these bras more accessible to women."

Maiden cited Nordstrom, which sells prosthesis bras and argued that a chain like Victoria's Secret and other large retailers like Macy's, JC Penney and Sears should be able to sell similar style bras, according to Today.

While post-op bras require fitters with plenty of expertise (in the case of one company, a minimum of 500 hours of specialty training), they also have historically only been available through medical suppliers, according to the Huffington Post.

That doesn't mean that new companies aren't trying to tackle the problem. This summer, Dana Donofree launched AnaOno Intimates, a line of lingerie specifically designed for women who've had a breast cancer diagnosis. She told Mic via email she launched the company so women like her could fell beautiful and comfortable after surgery.

Women with well-endowed chests often have difficulties too since larger sizes are usually only available online, making it harder to find a proper fit without first being able to try them on. The average bra size for women has also gone up over the years, from a 34B to a 34DD, according to data cited by Racked.

Victoria's Secret offers certain styles in sizes up to DDD, but the company has still faced criticism from shoppers for not offering enough styles and sizes; earlier this month, Stylelite editor Ashley Hoffman critiqued the company for charging more for bigger bras.

In May, a pair of women tackled a common problem with larger-sized bras: offering stylish options that give enough support. The company, Trusst Lingerie, began by doing away the 110-year-old underwire bra model, according to Today. In its place, the company designed a bra that offers support from underneath the breast, much like a truss does for a roof or bridge and thus eliminates much of the back and shoulder pain many larger-chested women feel, Today reported. The company's commitment to comfortable and stylish bra options helped them raise $80,000 on Kickstarter to help launch the company.

When it comes to nursing bras, women also have slim pickings in matters of style. It's not unusual for new mothers to sound off on baby forums on the Web about the lack of stylish nursing bras. Nursing bras are commonly available in nude colors and less-than-stylish options that leave some mothers frustrated and bloggers wondering why the industry doesn't offer more.

There's been some progress in developing these, however. Gender-neutral sports bras designed for nursing are also on the horizon, thanks to one company set to launch later this year. One mother in Durham, North Carolina, also recently designed a bra line that makes it easier to nurse and pump milk hands-free.

There's hope: It's unrealistic to expect one retailer to offer all the right solutions for every shopper, but companies shouldn't ignore women's practical needs. If more bra retailers and designers started paying to women's practical needs, maybe we wouldn't have bras that are obviously designed to maximize sex appeal instead of