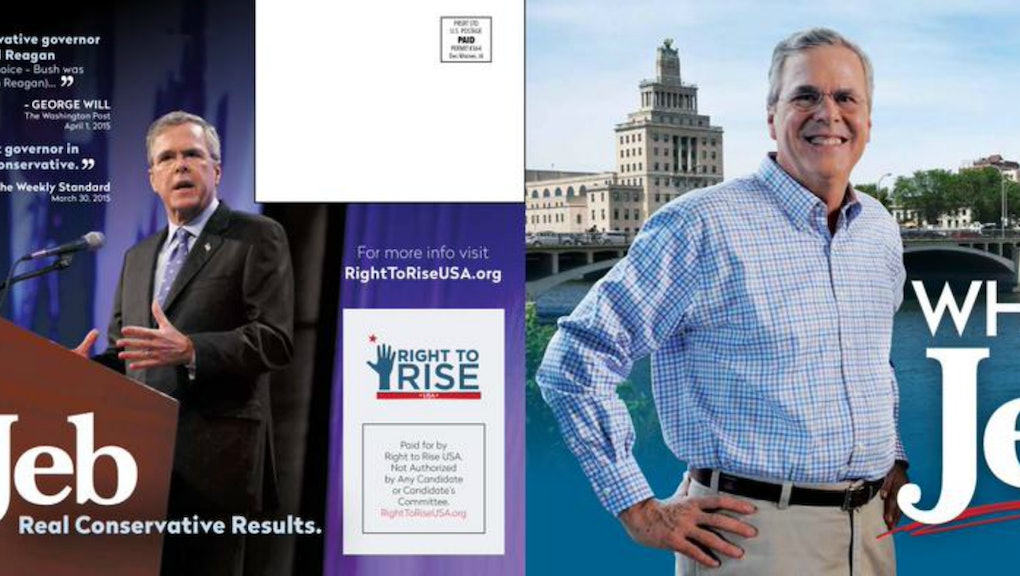 There are gaffes, and then there are gaffes. A group supporting former Florida Gov. Jeb Bush may have just committed one of the latter.

More than 86,000 Iowa households apparently received a glossy mailer from independent PAC Right to Rise introducing Bush to voters — with a conspicuous error. The mailers feature what definitely appears to be the former governor from Florida's head placed onto a black man's body.

It's subtle, but once noticed, can't be unnoticed:

Bush, who trails current GOP frontrunner Donald Trump in the polls by double-digit margins, has ramped up his campaign in recent weeks with attacks on Trump, efforts to demonstrate his conservative bona fides and a renewed focus on border issues. When asked about #BlackLivesMatter, a movement against racism in law enforcement, Bush responded by endorsing the alternate slogan "all lives matter."