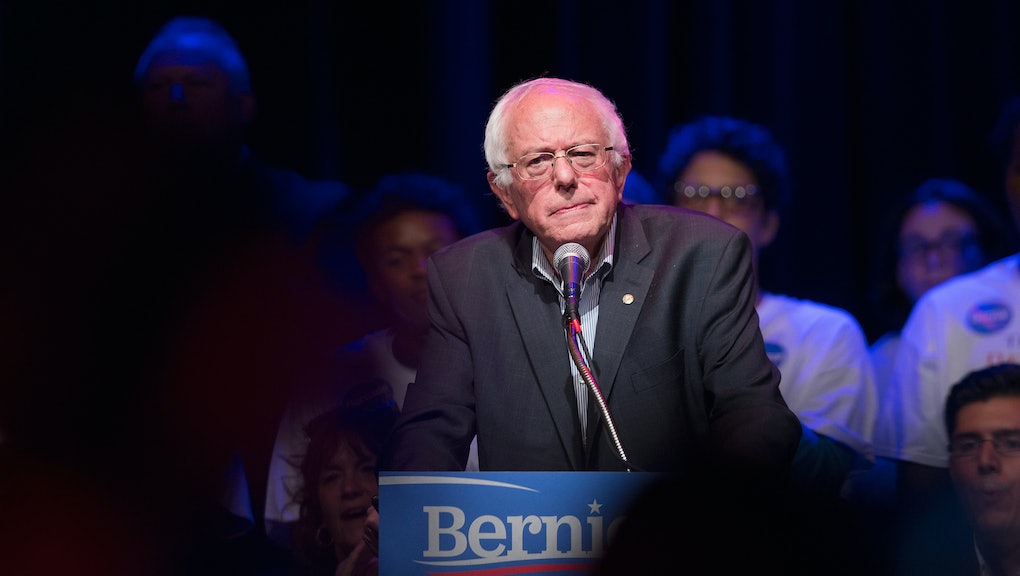 Bernie Sanders has just scored an endorsement from Deez Nuts.

No, you didn't read that wrong, and it's only kind of a joke: Deez Nuts is a high-polling Independent candidate for president, and he just endorsed Sanders for the Democratic nomination.

"I endorse myself," Deez Nuts told In These Times.

Deez Nuts, whose actual identity is a 15-year-old farm boy from Iowa, is running the top-polling independent campaign for president since the days of Ross Perot. According to the Guardian, he "won 9% of the vote as an independent in a Public Policy Polling poll of voters in North Carolina – which, on top of recent results of 8% in Minnesota and 7% in Iowa from previous polls, makes him what experts confirmed is the most successful independent candidate for president in two decades."

"My name is not Deez Nuts," the teen told the Guardian in an email interview. "I am a 15-year-old who filled out a form, had the campaign catch on fire, and am now putting up the best third-party numbers since Ross Perot ... [my friends and family] still think it's hilarious."

h/t In These Times