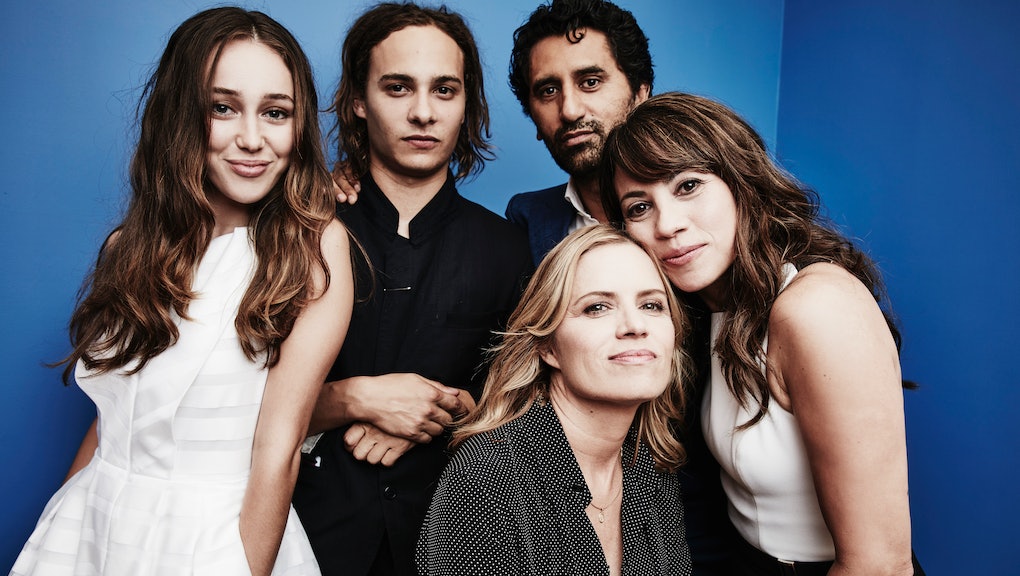 'Fear the Walking Dead' Pilot Reviews: Here's What the Critics Are Saying

Sunday night's premiere of Fear The Walking Dead, the new spinoff of AMC's critically acclaimed The Walking Dead, set the stage for a pre-apocalyptic world filled with the normal dose of family problems, high school drama and a coming onslaught of zombies.

On Thursday, the network pre-released the first three minutes of the 90-minute premiere for audiences who were eagerly awaiting their introduction to a new cast of characters in that same doomed world.

Reviews for the first episode of Fear the Walking Dead appear to be mixed, but one thing is (almost) universally agreed upon: The producers distanced their characters, the environment they move in and the developing plot surrounding the outbreak of a mysterious disease from the preceding series as much as they possibly could.

Josh Modell at AV Club notes some of the dramatic storyline differences Fear the Walking Dead employs, crediting its focus on character development to the existing series:

Unlike 'The Walking Dead,' 'Fear' starts slowly, dragging its feet like the slower rotting corpses that can't stay away from Rick Grimes. A show without a popular mythology already in place probably wouldn't have taken the chance on scene-setting that this episode does, slowly introducing the characters — none particularly interesting just yet — and barely hinting at the mass-scale horror to come. The virus that will later destroy civilization has barely made its way into the public consciousness, with only one of Dickens' students starting to freak out.

Screenrant's Kevin Yeoman says focusing entirely on the characters' lives before the outbreak that caused zombies to roam Rick Grimes' world is a purposeful attempt from writer Dave Erickson and director Adam Davidson to not only set their series apart from The Walking Dead, but also to fill some of the holes audiences complained of in the first series:

It is a deliberate choice made by writer Dave Erickson and director Adam Davidson that initially feels risky and kind of exciting, but only because the audience is already so well acquainted with this particular world. The pilot is flouting the very thing whose popularity allowed it to spring into existence in the first place. By not putting zombies front and center, Fear leaves a gaping hole that must be filled by something — and the creators (along with Robert Kirkman) are doubling down on the idea that by casting great actors, like Kim Dickens and Cliff Curtis, and giving them reasonably well-rounded roles, it will make watching the end of the world all the more compelling.

That said, Forbes' Erik Kain did find one striking similarity between the Sunday premiere episode of Fear and its predecessor: Black men continue to be treated as disposable characters:

One 'Walking Dead' issue that's carried over to 'Fear the Walking Dead' — we also have disposable black men syndrome at play. Not one, but two, fairly important black, male characters die off in the first episode. This after tons and tons of editorials and criticism of 'The Walking Dead' for doing the exact same thing. I struggle to find what AMC and showrunners David Erickson and Robert Kirkman can possibly be thinking here. No major white character dies in this episode. Thankfully, the show is more diverse than 'The Walking Dead.' There will be a sizable Latino population in the cast this time around, a demographic pretty much entirely missing from the flagship series.

Still, some critics remain hopeful that the character development in the first episode will help set the scene for an exciting new weekly show for existing zombie fans and new audiences alike. Variety's Matthew Chernov writes, "With the apocalypse now begun, hopefully Fear the Walking Dead will replace the annoying teenagers with some non-clichéd characters we can actually root for. Or at least add a lot more zombies."

Fear the Walking Dead airs on AMC Sundays at 9 p.m.